All events are free and open to the public 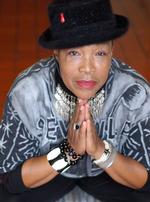 Ancient Myth as a Tool for Self-Discovery and Activism

Birthright? – Filming followed by discussion with Rhodessa Jones and members of Planned Parenthood of the Mohawk Valley

Rhodessa Jones is Co-Artistic Director of the acclaimed San Francisco performance company Cultural Odyssey. She is an actress, teacher, singer, and writer. Ms. Jones is also the Director of the award winning Medea Project: Theater for Incarcerated Women, which is a performance workshop designed to achieve personal and social transformation with incarcerated women. Rhodessa Jones regularly teaches workshops in her method, which is a form of arts work for social justice, and has used it to address the struggles of women living with HIV. Most recently she completed a semester-long residency at the University of Wisconsin and a major performance piece, Birthright, completed and performed in spring of 2015 at a benefit for Planned Parenthood.

Co-sponsored by Classics, Days-Massolo, the Dean of Faculty, the Humanities Forum, Kirkland Endowment, Levitt Center and the Theatre Department 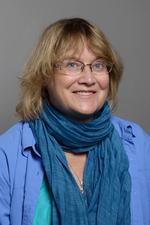 Reading from her work

Trudy Lewis is the author of the novels The Empire Rolls (Moon City Press) and Private Correspondences (Goyen Prize, TriQuarterly/Northwestern) as well as a collection of short fiction The Bones of Garbo (Sandstone Prize, Ohio State). Her stories have appeared in Atlantic Monthly, Best American Short Stories, Cimarron Review, Cold Mountain Review, Cream City Review, Meridian, New England Review, New Stories from the South, Shenandoah and others. She is the recipient of the Lawrence Foundation Award and the Glenna Luschei Prize from Prairie Schooner. Trudy is currently a professor and director of creative writing at the University of Missouri. 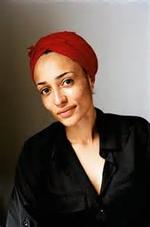 Zadie Smith's acclaimed first novel, White Teeth (2000), is a vibrant portrait of contemporary multicultural London, told through the story of three ethnically diverse families. Her second novel, The Autograph Man (2002), a story of loss, obsession and the nature of celebrity, won the 2003 Jewish Quarterly Literary Prize for Fiction. In 2003 and 2013 she was named by Granta magazine as one of 20 'Best of Young British Novelists'.  Her third novel, On Beauty, was published in 2005, and won the 2006 Orange Prize for Fiction. Her novel, NW (2012) was named as one of the New York Times ‘10 Best Books of 2012.’ She is working on a book of essays entitled Feel Free to be published in 2016. 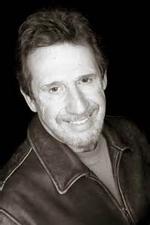 Reading from his work

After ground-breaking work as a scholar and literary critic, Frank Lentricchia changed his focus to fiction in the 1990s. Since then he has written a number of novels exploring the complexities of ethnic and artistic identity, mostly set in his home town of Utica, New York, where he was born to working class parents. 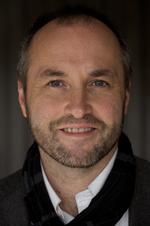 Discussion of Empathy and Storytelling

Born in Dublin in 1965, Colum McCann is the author of five novels, which have been published in 30 languages. All were international bestsellers. He was named Esquire's Writer of the Year in 2003, and was awarded a French Chevalier des arts et lettres in 2009. Other awards include The Pushcart Prize and The National Book Award. His fiction has appeared in The New Yorker, The Paris Review and The Irish Times. He currently teaches at Hunter College in New York. 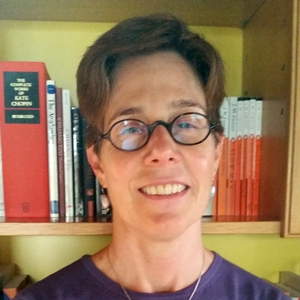 Currently acting provost at the University of the Arts in Philadelphia, Catherine Gunther Kodat joined the English and Creative Writing faculty at Hamilton in 1995 and for 17 years taught courses in 20th century U.S. literature and culture that reflected her interests in modernism, Faulkner and Southern literature, dance, film, literary and cultural theory, and American Studies. As a Fulbright lecturer, Kodat taught American literature and American Studies at Eötvös Loránd Tudományegyetem in Budapest, and she was a research fellow at the Rothermere American Institute at the University of Oxford. A former metro desk reporter and dance critic for The Baltimore Sun, her scholarly essays have appeared in American Quarterly, Representations, American Literary History, Salmagundi, and Boston Review, and she has contributed chapters to collections published by Cambridge University Press, Wiley-Blackwell, University Press of Mississippi, University Press of Virginia, and University of Iowa Press. In 2012 she was appointed Dean of the Division of Liberal Arts at the University of the Arts. 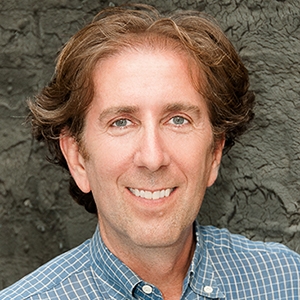 D. T. Max is a graduate of Harvard University and a staff writer at The New Yorker. His new book, Every Love Story Is A Ghost Story: A Life of David Foster Wallace, was released by Viking Penguin on August 30, 2012 and was a New York Times bestseller. He is also the author of The Family That Couldn't Sleep: A Medical Mystery. 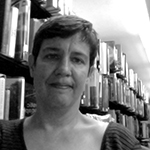 Jennifer Bartlett is the author of Derivative of the Moving Image, (a) lullaby without any music, and Autobiography/Anti-Autobiography, and co-edited, with Sheila Black and Michael Northen, Beauty is a Verb: The New Poetry of Disability. She is currently writing a biography of the poet Larry Eigner, and recently held a residency at the Gloucester Writer’s Center. Bartlett has taught poetry and disability awareness at Willie Mae Rock Camp for Girls, United Cerebral Palsy, the MS Society, and New York Public Schools. 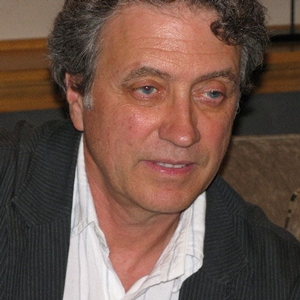 Patrick Lawler is a writer-in residence at LeMoyne College in Syracuse, N.Y., and teaches at SUNY ESF. He has published six books of poetry including: A Drowning Man is Never Tall Enough, Feeding The Fear Of The Earth, Underground, and Child Sings in the Womb. In addition, he has two books of fiction: his novel Rescuers of Skydivers Search Among the Clouds and his collection of short stories The Meaning of If. He also writes for the stage and the screen--and has had a number of his pieces performed or produced. Among his awards are two New York State Foundation for the Arts Fellowships, a Constance Saltonstall Grant, the CNY Book Award for Fiction, and a National Endowment for the Arts Fellowship.

Chris Abani’s books of fiction include The Secret History of Las Vegas, Song For Night, The Virgin of Flames, Becoming Abigail, Graceland, and Masters of the Board. His poetry collections are Sanctificum, There Are No Names for Red, Feed Me The Sun: Collected Long Poems, Hands Washing Water, Dog Woman, Daphne’s Lot, and Kalakuta Republic. He is the recipient of a Guggenheim Fellowship, the PEN/Hemingway Award, the PEN Beyond the Margins Award, the Hurston Wright Award, and a Lannan Literary Fellowship, among many honors. His work has been translated into French, Italian, Spanish, German, Swedish, Romanian, Hebrew, Macedonian, Ukrainian, Portuguese, Dutch, Bosnian, and Serbian.

Vijay Seshadri is the author of three collections of poetry: 3 Sections, which was awarded the 2014 Pulitzer Prize for Poetry, The Long Meadow, which won the James Laughlin Award, and Wild Kingdom. His poems, essays, and reviews have appeared in AGNI, the American Scholar, Antaeus, Bomb, Boulevard, Lumina, the Nation, the New Yorker, the Paris Review, Shenandoah, Southwest Review, Threepenny Review, Verse, Western Humanities Review, Yale Review, the Times Book Review, the Philadelphia Enquirer, Bomb, San Diego Reader, and TriQuarterly, and in many anthologies, including Under 35: The New Generation of American Poets, Contours of the Heart, Staying Alive: Real Poems for Unreal Times, and Best American Poetry.

Valzhyna Mort is the author of Collected Body and Factory of Tears. In 2010, she received the Lannan Foundation Literary Fellowship and the Bess Hokin Prize from Poetry magazine. She has been a resident poet at Literarisches Colloquium in Berlin, Germany, and Internationales Haus der Autoren Graz, Austria, and her English translations of Eastern European poets have appeared in the New European Poets anthology.