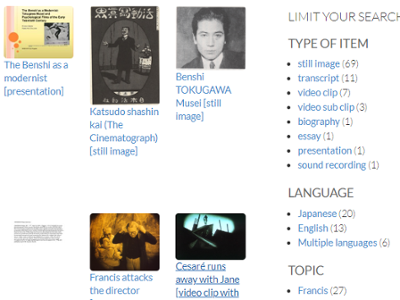 The archive aims to preserve and chart the constellation of ephemera surrounding benshi performers. Contemporary audiences in the silent film era developed a voracious appetite for materialized versions of the transitory experience of such vocal performances. These materials also show how benshi would narrate cinema when they perform in different media such as the radio “film story” shows or magazine “film story” publications. Benshi verbal narrative performance alongside film screenings and its surrounding popular cultural productions show us how a transitory, vernacular cultural entertainment generated an intricate web of other popular cultural forms. Together, they helped to create new habits of listening and auditory enjoyment in response to the shifting modern soundscape of the early twentieth century.