In December’s Hamilton Headlines, we received 133 affirmative responses to our question timed with Finals Week: Did you have a favorite place to study on campus?

Many of those who answered shared where they did their best studying, and you can find a few of those responses below. We randomly selected five to receive a prize for participating. Congratulations to Emma Hedley ’14, Jason Le ’23, Alan Turner ’63, Amy Collins ’86, and Carolyn Fichera ’00. (See our newest poll and participate for a chance to win!) 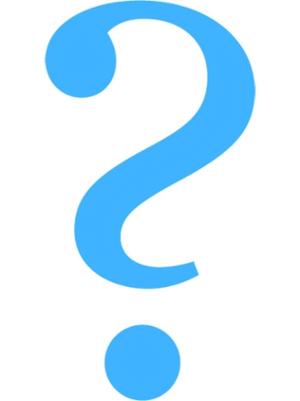 Did you have a favorite place to study on campus?

It comes as no surprise that the library topped the list, with more than 30 respondents indicating that was their go-to place to study. Here are a few comments:

Second floor of Burke Library. The first computer on the right is where I wrote all of my papers during my time at Hamilton.
— Mackenzie Christensen ’22

The stacks of the old James Library.
— Paul Flynn ’72

Mr. Pilkington, I believe, was in charge of the library while I was at Hamilton and Malcolm Allen from the UK was employed to dole out the jobs to students. Malcolm gave me the job of shelving books which were stored in the basement of the library, usually rare books or those books deemed inappropriate to leave on the public shelves. I spent many hours shelving those books and I used stolen time in the bowels of the library to cram for exams or study. Malcolm and his wife have visited me after college, and I have spent time at their home in the Bridge of Allen where they live. Some friendships extend past college time or age groups.
— Alan Turner ’63

Third floor overlook of Burke Library! I could keep tabs on when my friends on the second floor went headed to Commons, but it was quiet enough to grind.
— Liz Sherrill ’19

Burke third floor, we called them the “caves.” They’re those small cubby-like areas behind some of the stacks in the middle, behind the back wall of special collections. Such a good place to have quiet time and really focus!
— Thomas Anderson ’20

Third floor Burke Library at the desk looking right over the entrance down below. Great view of comings and goings but quiet up top. We “regulars” had our own study carrels.
????— Viki Yaeger ’91

Several dozen people picked Kirner-Johnson Building on the “Dark Side” as their favorite cramming spot:

In the KJ atrium upstairs, looking out over Martin's Way
— Sirianna Santacrose ’15

Hanging out in the first KJ building where profs like one of my top favorites, Doug Raybeck, were working in their offices and when folk took a break, we had some great conversations...there were lounge chairs around and the small KJ library nearby...it was warm and friendly and a great place to study and write!
???????— Barbara Nixon K’76

I was an anthropology major so my favorite place to study was the anthropology resource room. The room was covered wall to wall with cat memes in homage to Bonnie Urciuoli, an avid cat lover. There were cat faces on classic album covers, cats with funny catchphrases, cats, cats, cats. Because of that, we called it the cat cave. I spent many hours studying and writing my thesis in the cat cave. Though the decor was dedicated to Bonnie, I don’t know if she knew we called it that.
???????— Sophie Aron ’16

The round table outside Professor Chambliss’ office in KJ
???????— Carla Fabrizi ’04

KJ’s always had great nooks for studying, and my favorite (pre-renovations) was one of the big round tables on the second floor, down the hall from the Writing Center.
???????— Fiona MacQuarrie Helmuth ’09

In KJ, on the mezzanine level that held Kirkland’s library and a couple of classrooms, there were study carrels, a water fountain, and a men’s room. (I visited the campus a few years ago but did not make it to that area so I don’t know if it'’ still recognizable.) KJ was locked at midnight, but people inside did not have to leave. I did some late nights, and a few all-nighters, in there, and I got to know the vacuum cleaner guy pretty well. I also really surprised a new security guard, who reached for her nightstick upon seeing me and only then realized that she had been told that there would be people studying at 2 a.m. She apologized and we had no issues thereafter.
???????— Brian McCue ’76

I’d always find a quiet hidden desk in KJ and I lived in a second-floor computer lab before my theses were due (I knew I had hit a milestone when my manuscript filled an entire diskette!).
???????— Theresa St. John ’03

Couch pod by the sociology offices in KJ/the sociology resource room… I actually finished my thesis there on the last day of finals!
???????— Hannah Petersen ’22

Another popular spot to cram is the Science Center:

In the chemistry major lounge. Nothing beats studying with your fellow chem majors/friends.
???????— Dylan Badillo ’23

The mineralogy and paleontology labs in the Science Center with my fellow geosciences majors!
???????— Emma Hedley ’14

The corner study rooms in the Science Center were my favorite spaces.  On more than one occasion, I looked out the windows to see a whole herd of deer roaming past.
???????— Julie DiRoma ’10

Proving “there’s no place like home,” several cited their dorm room as the perfect place to study:

Generally, in my room at Psi Upsilon; everyone else went to the library so the place was quiet (plus I could get a beer while I studied).
???????— John Keim ’81

Root Hall, Sadove Student Center, and the Days-Massolo Center found their way onto the list, while a bunch of folks picked Christian Johnson Hall — all floors! Here are some other favorite places to study on campus:

On one of the little wooden bridges down in the bottom of the Root Glen. It was cool, quiet and the trickling of the brook was so calming — it helped ease the stress of finals. One of the best places to read on campus!
???????— Kimberly Kandra ’93

I loved those little study squares inside the Events Barn, and it seemed like no one knew they were there. Quiet but beautiful, not only in the middle of campus but right by the Diner as well!
???????— Carolyn Fichera ’00

The top floor of the Chapel! Once there were Purim sweet treats and another time the chaplain's dog came around for snuggles. No one could find or distract me.
???????— Leah Berryhill ’13

Opus 1. All the business, casual conversation, and white noise made it feel like all the personalities you’d find on dark side conglomerate here. If you needed a pick me up or snacks, Opus and McEwen were right there too! The conversations you overhear go from intellectual to fun and relaxing.
— Jason Le ’23