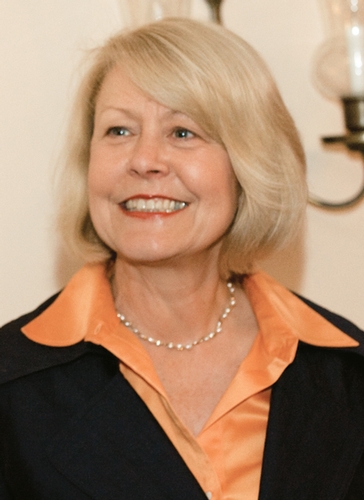 By no means limited to elective or appointive office, public service takes many forms, beginning with volunteer efforts in one’s local community. Throughout your years as a teacher and partner with your husband in his political career, you have assiduously worked in volunteer capacities to promote community ­betterment, especially through education, and your activism has clearly demonstrated what can be accomplished with a committed heart and will.

In many ways that commitment began here on this Hill, when you were an education major in the Charter Class of Kirkland College. Wearing a hard hat, you tramped to class through the mud as the campus was being constructed around you, and here you met your soon-to-be husband, Tom Vilsack, Hamilton Class of 1972. You began your teaching career in nearby Waterville, and after Tom obtained his law degree, the two of you settled in your hometown of Mount Pleasant, Iowa, literally on Main Street.

While Tom practiced law, you taught middle and high school language arts and later English and journalism at Iowa Wesleyan College while also raising two sons. Meanwhile, through a remarkably successful team effort, Tom’s political career took him from mayor of Mount Pleasant to two-term governor of Iowa. As Iowa’s First Lady from 1999 to 2007, you took as your personal mission the advancement of education and particularly the promotion of literacy. You became the state’s champion of libraries, school and public, and as part of your statewide literacy initiative, you traveled extensively to further the cause. Today, while your husband serves as U.S. secretary of agriculture, you have undertaken a new volunteer effort as executive director of the Iowa Initiative, aimed at reducing unintended pregnancies. As an enthusiastic advocate of causes to which you are committed, you exemplify the new and more active role of women in our public life.

Christie Bell Vilsack, acting on the authority of the Board of Trustees, I am pleased to confer on you the degree of Doctor of Humane Letters of Hamilton College, admitting you to all of its rights and privileges. In token whereof, we present you with this diploma and invest you with this hood.