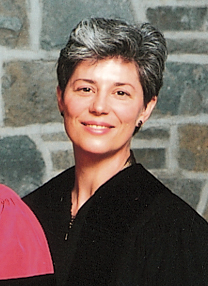 Lyrical and incisive, vibrant and luminous, delicately beautiful and filled with surprising colors. Those are a few of the phrases used to describe your music. You yourself have spoken of your works as very narrative, and “melodic and note-specific as opposed to big washes of sound.” But however described, your compositions have earned the ­attention and praise of your peers, who have awarded you the much coveted Pulitzer Prize in music.

Philadelphia-born, you were exposed at a tender age to music’s charms in a family that included your piano-teaching mother. She began to suspect early on that you had an exceptional ear when you came home from a 2nd grade trip to a ­children’s concert singing all the parts of a Bach fugue. As a child, you invented your own tunes and even wrote songs for a grade school musical, aptly titled “We Love Recess.” Thus, your decision to become a composer was never consciously made, because by the time you understood what a composer was, you had already become one.

Formal training in composition came later, which included courses taken here on College Hill with Jay Reise ’72, who very much encouraged you in your serious aspirations. Graduate degrees from the Universities of Chicago and Pennsylvania followed, as did numerous grants and awards, including a Guggenheim Fellowship and resident fellowships at the MacDowell Colony and Yaddo. In recent years, during precious moments of solitude amidst the rearing of two small children, you continue your dedication to your art. The result has been not only a Pulitzer for your Concerto for Flute, Strings and Percussion, but also an American Academy of Arts and Letters Award. But beyond prizes and beyond price, you have achieved every composer’s true measure of success: your works lovingly played by devoted musicians in public performance.

Melinda Jane Wagner, acting on the authority of the Board of Trustees, I am very pleased to confer on you the degree of Doctor of Music of Hamilton College, admitting you to all its rights and privileges. In token whereof, we present you with this diploma and invest you with this hood.