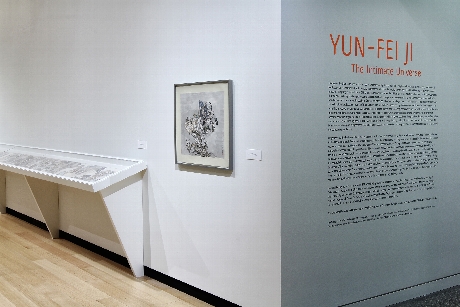 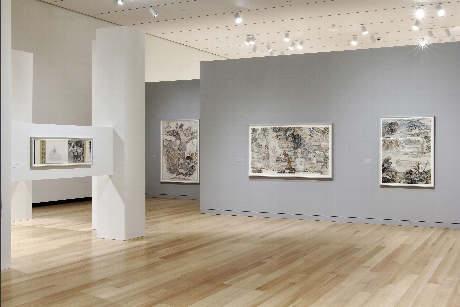 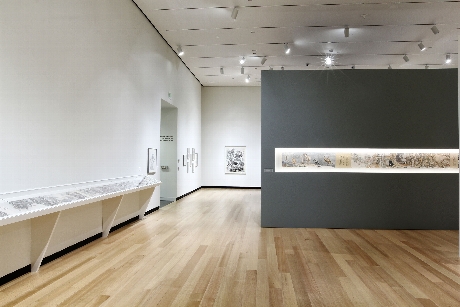 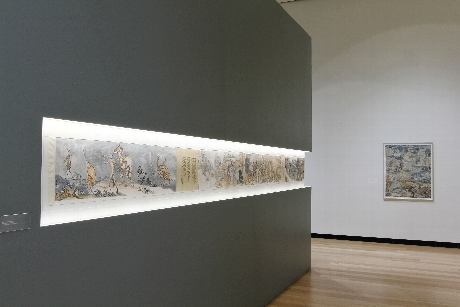 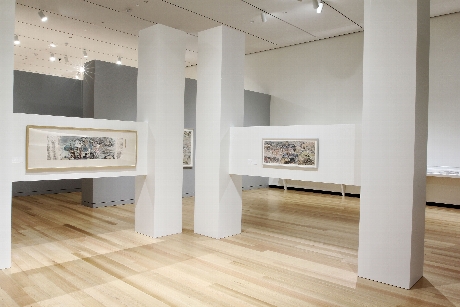 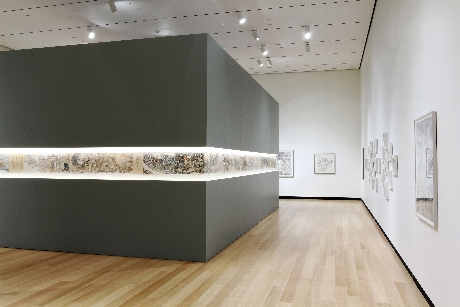 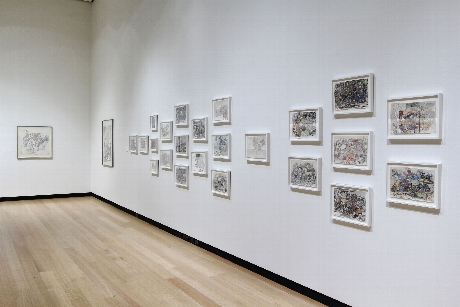 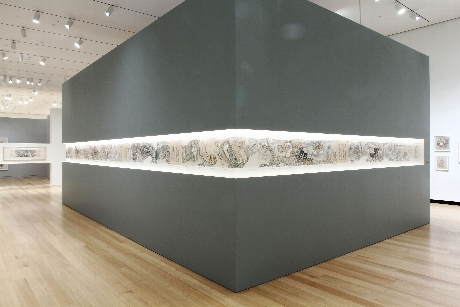 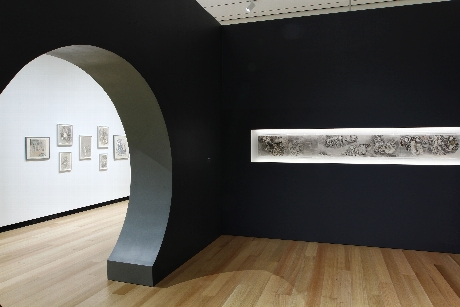 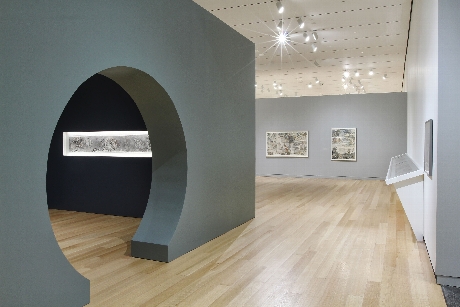 Organized by the Ruth and Elmer Wellin Museum of Art, Yun-Fei Ji: The Intimate Universe is the Beijing-born artist’s largest solo exhibition to date in the United States, featuring a selection of work from 2006 to the present, including new scrolls, sculptures, and drawings never before exhibited. Taking on the thousand-year-old practice of Chinese scroll painting, Yun-Fei Ji employs ink on paper as his primary medium and landscape as his central subject. However, rather than adopting the idealism characteristic of traditional scroll painting, Ji’s work presents the gritty reality of life in China today. Ji emphasizes the critical relationship between the land and its people and how that balance is being challenged by current social, political, ecological, and economic shifts. His compositions are inspired by his own fieldwork in rural areas throughout China’s countryside, where entire villages face forced relocation to make way for ambitious infrastructural projects such as the Three Gorges Dam, and where climate change has compromised the natural environment. The resulting artworks are populated by individualized, present-day figures inhabiting land in various stages of transition. Poised between modernity and tradition, the village becomes a metaphor for community, and the dislocation and environmental deterioration become specters of geographic disenfranchisement. Embedded within the compositions alongside the villagers, ghosts of ancestors and animal-like folkloric figures act as powerful reminders of the longstanding cultural traditions at risk. With their impressionistic brushwork and original subject matter, Ji’s paintings possess an immediacy and urgency that suggest a fragmented, at times surreal, contemporary landscape.

Born in Beijing (1963), Yun-Fei Ji received a BFA from Beijing’s Central Academy of Fine Arts in 1982 and an MFA from the University of Arkansas at Fayetteville in 1989. His work has been shown extensively, most recently at the Grand Rapids Art Museum in Michigan; the University Museum of Contemporary Art in Amherst, Massachusetts; the Vancouver Art Gallery, Canada; and in the 2014 New Orleans biennial Prospect.3: Notes for Now. In 2012, Ji presented his first Beijing solo exhibition at the Ullens Center for Contemporary Art. He received the Rome Prize in 2006 from the American Academy in Rome, Italy.

This survey of the artist’s work will be followed by a major monographic publication that includes essays by Tracy L. Adler, Director, Wellin Museum of Art; Steven J. Goldberg, Associate Professor of Art History at Hamilton College; and Robert Morgan, noted critic and curator; co-published with DelMonico Books/Prestel, New York.