Exhibition installation view of "Margarita Cabrera: Space in Between." Photograph by John Bentham. 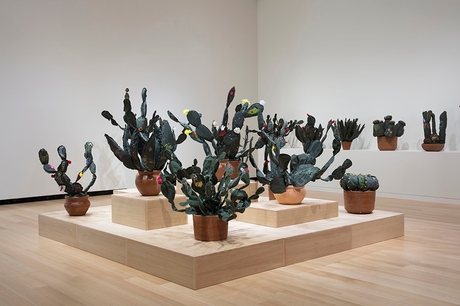 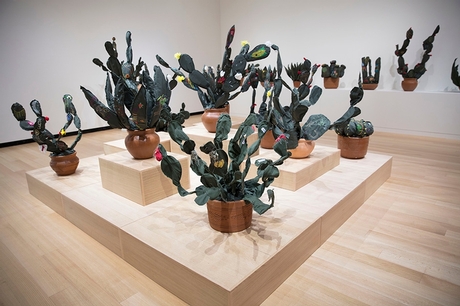 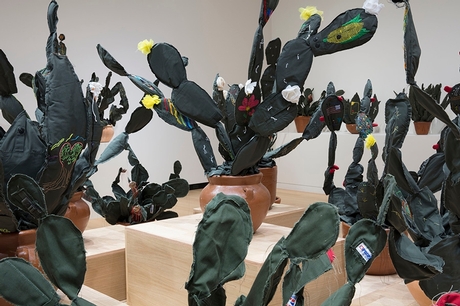 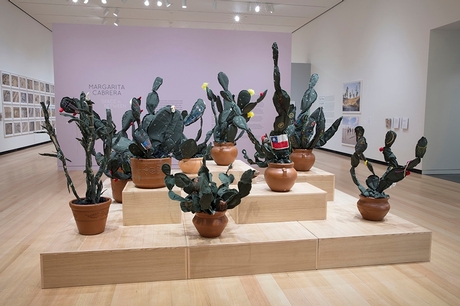 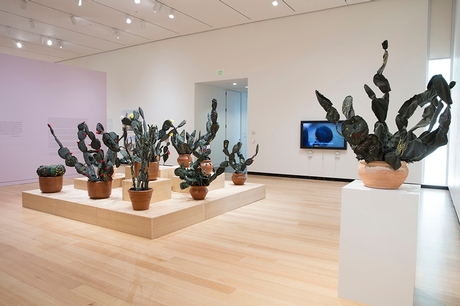 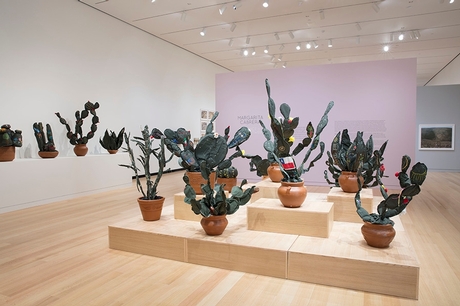 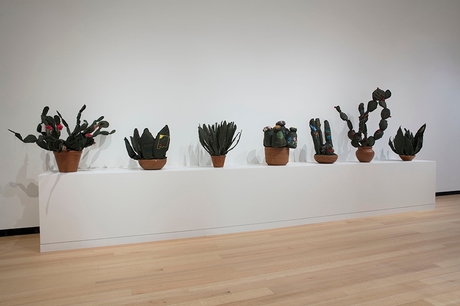 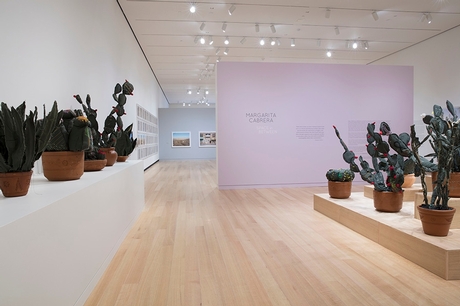 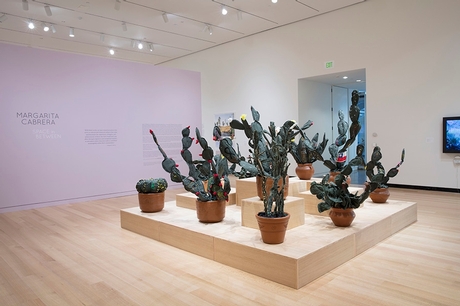 “With these works, we have created art pieces that serve as cultural and historical artifacts that value and document the experiences, struggles, and achievements of those who have found their way, often through migration and exceptional sacrifice, to new places where they now work to contribute meaningfully within their communities.” — Margarita Cabrera

Space in Between is a collaborative, social-practice project that is a continuation of Margarita Cabrera’s ongoing work with Spanish-speaking immigrant communities in the United States. Launched through a partnership between the artist, the Arizona State University Art Museum, and the Desert Botanical Garden in Phoenix, this initiative centers on the creation of artworks and promotion of cultural dialogues around community, craft, immigration, cultural identity, and labor. Participants in the workshops are immigrants to the United States from Mexico and Central America, and they have worked with Cabrera to produce sculptural replicas of desert plants indigenous to the Southwestern United States. Made from border-patrol uniforms, the works on view are fabric forms that incorporate stories—stitched into the material itself—of the often-harrowing experiences of Latin Americans crossing the U.S. border. The participants are not artists but rather individuals who share their tales of passage and its impact on their lives and the lives of their families.

Space in Between uses traditional sewing and embroidery techniques from Los Tenangos, Hidalgo, Mexico, which employs colorful narrative traditions reflecting popular culture, traditional rituals, and myths of the Otomi indigenous communities. Through this visual form, immigrant workers relay their personal border-crossing experiences. The title chosen by Cabrera is inspired by the term Nepantla, which is a Nahuatl Aztec word referencing “the space in the middle” as it relates to marginalized cultures and their resistance strategies for survival.

Space in Between was first presented as a workshop in early 2010 at BOX 13 Artspace in Houston, Texas, and select works were most recently on view as part of Prospect.4: The Lotus in Spite of the Swamp, the New Orleans triennial art exhibition. Subsequent workshops have taken place in Charlotte, North Carolina, at the McColl Center for Visual Arts; at Santa Fe Art Institute; and in Phoenix at Combine Studio, with the collaboration of Arizona State University and Desert Botanical Gardens.

Margarita Cabrera was born in Monterrey, Mexico, and grew up in Mexico City, Salt Lake City, and El Paso, Texas. She received a BFA from the Maryland Institute College of Art and an MFA in Combined Media from Hunter College, CUNY. She is the recipient of the Knight Artist in Residence at the McColl Center for Visual Art in Charlotte, North Carolina; the Artspace Residency in Houston, Texas; and the Joan Mitchell Foundation Grant. She is an Assistant Professor of Art at Arizona State University in Tempe.

Join the conversation on social media by tagging @wellinmuseum and using the hashtag #MargaritaCabrera when posting.

Space in Between - Arizona