'Solidarity is an Action'

At the end of May, Hamilton’s Black and Latinx Student Union and Feminists of Color Collective saw an opportunity to enlist support for protestors who were speaking out nationally against police violence and white supremacy. The two organizations challenged fellow student groups to raise money for bail funds and other initiatives that supported the Black Lives Matter movement. 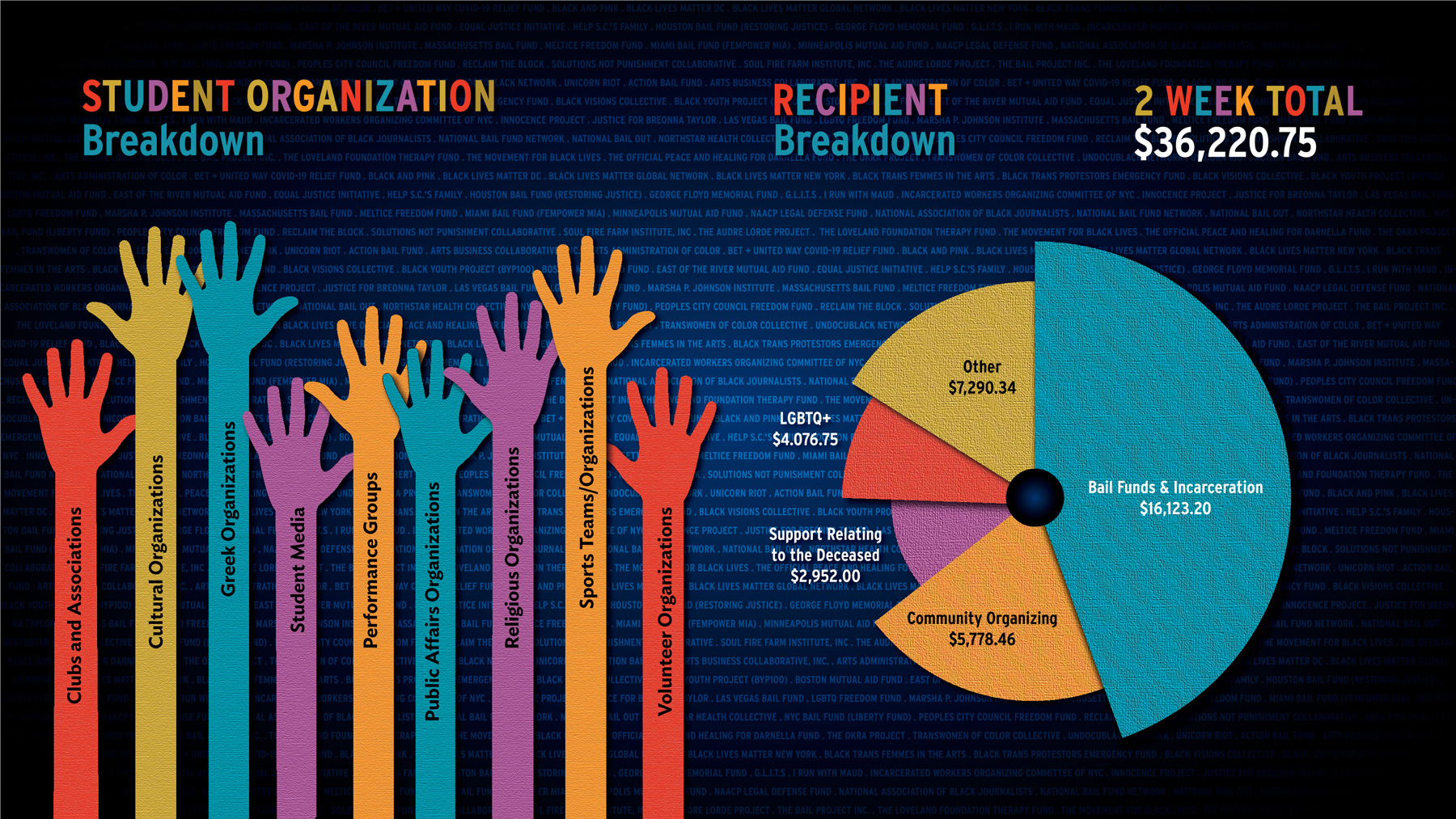 After the initial disappointment of learning that the College could not donate directly to external nonprofit organizations, BLSU and FCC members took action. They turned to peer student organizations, asking each to mobilize its members, and created a resource list shared with the community.

BLSU and FCC set fundraising targets based on the size of each group’s membership, and a flood of organizations jumped to meet the challenge with remarkable success. “I can’t even describe how crazy it was when we finally had this thing in full swing,” said BLSU Co-chair Yanea Thomas ’22. In the end, 30 Hamilton student groups raised more than $36,000 in just 14 days, many blowing past their target goals.

“It’s important to thank all of the organizations that stood up and decided to not only release a statement of solidarity but stood up to the plate when we called them out and requested that they do a fundraiser with us if they really believed in the words of their statement,” Thomas said.

Previous Story Next Story
Back to Top