The Zo, Based on the American Prison Writing Archive, Debuts

In 2008 when Professor of Literature and Creative Writing Doran Larson launched a seminar on American prison writing at Hamilton, he found there existed no collection that offered a broad sampling of writing by inmates. Thus began his solicitation of essays from the incarcerated that led to the publishing of Fourth City: Essays from the Prison in America, edited by Larson, and to the subsequent creation of the American Prison Writing Archive (APWA). The archive, now numbering more than 2,300 essays from 950 authors, has been used by colleges in 33 states and many countries around the world from Australia to England.

Never before, however, has the archive received such well-deserved attention as that generated by Welcome to “The Zo”,  a new series of videos from The Marshall Project that takes a look at life inside prison through sentiments expressed in the APWA letters.  The Zo is prison jargon for living in “The Twilight Zone” with “disorienting rules that corrections officials use to confuse and subjugate people in prison.”

Debuting this spring, the series is based on a thesis written by Yale University senior Patrick Doolittle who used the APWA as his main source. According to The Marshall Project, The Zo “is a disturbing study of a struggle between prisoners and their captors, waged not with fists or weapons but with deliberately disorienting rules and impossible tasks. Guards mess with the prisoner’s heads. Those incarcerated try to keep their grip on reality by clinging to details—days until parole, prices of items in the commissary, the minutiae of routine. Guards escalate, inflicting arbitrary transfers or random stints in isolation.” 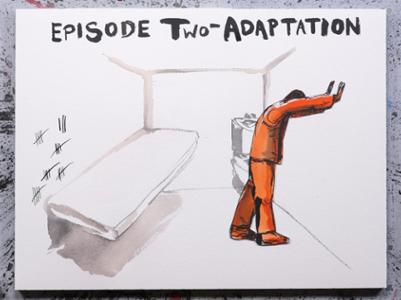 Michael K. Williams, an actor well known from his work on The Wire, signed on as the series narrator. The anecdotes related in the series use the writers’ own words and are voiced by formerly incarcerated men and women. Award-winning artist Molly Crabapple produced the stop-motion illustrations for The Zo.

APWA founder Larson, in describing the motivation of the writers, said, "They see their own experience as representative of the experience of literally tens of thousands — millions of other people. And it's clear that they have the impulse, not just to get their own stories out, but to get those stories out so that we understand more about the system itself and the suffering that's being undergone by so many other people around them.” 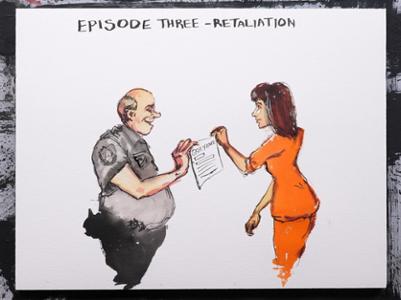 The Zo is divided into three episodes: “Induction,” “Adaption,” and “Retaliation.” As described on The Marshall Project website, “Induction … shows how prison guards and administrators use deliberate bureaucratic paradoxes to make you question your grip on reality and your sense of self.” “Adaption … covers the tiny concrete details and routines you cling to when prison rules and regulations shake their grip on reality,” and “Retaliation … explores how, even though administrators encourage incarcerated people to file these grievance forms, those who do are frequently punished for bearing witness with transfers, solitary confinement, or harassment by prison guards.”

The Marshall Project is a nonpartisan, nonprofit news organization that seeks to create and sustain a sense of national urgency about the U.S. criminal justice system.