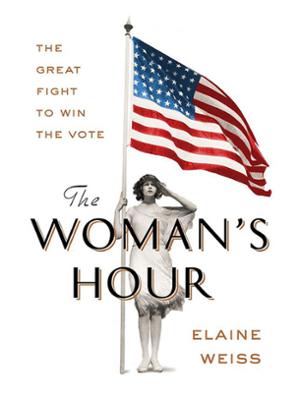 Elaine Weiss K’73, P’07, an award-winning journalist and author of the critically acclaimed The Woman’s Hour: The Great Fight to Win the Vote, will deliver the Constitution Day lecture on Monday, Sept. 17, at 7 p.m., in the Chapel. The lecture, based on her book, is free and open to the public.

Filmmaker Steven Spielberg has optioned Weiss’ book for a major television production with Hillary Clinton as an executive producer.

The Woman’s Hour, published in March, follows the activists who led the decades-long fight to grant women the right to vote and sheds light on how close the battle to ratify the 19th Amendment really was. The book celebrates those who changed history and laid the foundation for the civil rights movement that came decades later.

Weiss’ magazine feature writing has been recognized with prizes from the Society of Professional Journalists, and her by-line has appeared in The Atlantic, Harper’s, New York Times, Boston Globe, Philadelphia Inquirer, as well as reports and documentaries for National Public Radio and Voice of America. Weiss has been a frequent correspondent for the Christian Science Monitor.

Her first book, Fruits of Victory: The Woman’s Land Army in the Great War was excerpted in Smithsonian Magazine online and featured on C-Span and public radio stations nationwide.

Weiss holds a graduate degree from the Medill School of Journalism of Northwestern University. She has worked as a Washington correspondent, congressional aide and speechwriter, magazine editor, and university journalism instructor.