DHi recently hosted a Collaborative Research Showcase that highlighted some of those student-faculty research projects Hamilton. The DHi unites research in the liberal arts with new technologies and research methods, resulting in modern scholarship in the humanities.

There are currently many different student-faculty teams conducting research through the DHi, all of which seek to “provide a better means of accessibility” as described by Will Royal ’18. Royal is working with DHi co-director Janet Simons and Samantha Donohue ’18 on a project titled “Voices from the Water’s Edge.”

This project is in its fourth year of collecting oral histories through interviews from New Orleans, focusing on experiences during Hurricane Katrina. Royal and Donahue spent part of their spring break in New Orleans collecting interviews, and are now editing. Regarding their field research and editing process Donohue remarked, “The goal is to still let people say what they want to say...Katrina and politics are embedded in the interviews regardless.” 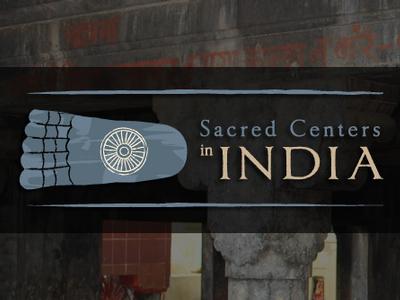 In a project that’s based across the globe, Zach Brett ’17 and Assistant Professor of Religious Studies Abhishek Amar are working on a virtual reality project titled “Sacred Centers in India.” Brett, a history major with an interest in video games and film, has been involved in the project for three years and calls himself a “tour guide” for the project, and enjoys seeing people’s reactions when they are immersed in the scene.

Participants hold controllers in each hand and wear goggles that “transport” them to sacred centers in India including a temple and a river site. In the scene, participants can walk around, view photos of the site, and “teleport” within the vicinity. The goal is to add sound to the project to increase the experience.

The showcase featured two projects related to research within the literature department, “American Prison Writing” and “Guaman Poma Arresting Andean Images.” The first team comprises Professor Doran Larson the Walcott-Bartlett Professor of Ethics and Christian Evidences and students Shirley Luo ’17, Will Rasenberger ’19 and Clara Cho ’20. The students are the first people to read essays written by prison inmates around the country, and collect and sort them into an online archive. Larson is a recent recipient of a National Endowment of the Humanities (NEH) grant to expand upon this project.

Milian describes the project as an investigation of the relationship between the text and images in the Incan letter to King Philip III. Their goal is to animate the images into a video and construct a 3D rendition of the village. Milian called the research “one of the few accounts of conquistador history.”

Across disciplines, the DHI offers the Hamilton community an opportunity for collaborative projects in the humanities, emphasizing the importance of research in the liberal arts.