“President Trump’s decision to withdraw from the Trans-Pacific Partnership weakens America’s strategic-economic position in East Asia.” So begins “The Death of TPP: The Best Thing That Ever Happened to China,” an opinion piece written by senior Oliver Magnusson and this past fall’s Linowitz Professor of International Affairs E. Anthony Wayne and published in The National Interest on Jan. 29. 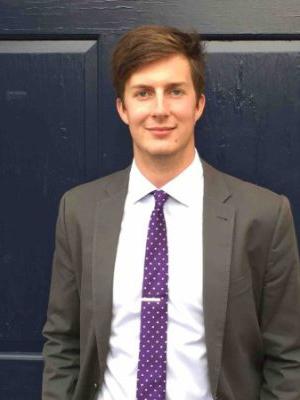 “Unless the Trump administration presents a strategy that can create the kind of economic opportunity and influence that the TPP would have generated, the decision may effectively leave the field of action to China,” the pair wrote. Magnusson’s senior thesis is focused on the future of U.S./China relations as is this essay.

“The TPP [was structured] to better integrate the United States in the quickly growing Asia-Pacific economy. Much of value was agreed during negotiations, which is why many U.S. companies, exporters and importers strongly supported the TPP,” they explained.

“We can fairly ask: what alternative arrangements does the Trump administration have in mind to expand markets and reshape beneficial supply chains for U.S. products and services?TPP partners want access to the U.S. market, but if they perceive that the United States is pulling back, then they may very well embrace the Chinese-supported regional economic partnership more vigorously as the vehicle available for increasing trade,” the writers concluded.

“If the United States does not offer a viable alternative for regional trade and investment, then China will work to fill the void. President Trump can demonstrate leadership by quickly developing an alternative vision to the TPP. Otherwise, China may end up as the main beneficiary.”

Wayne served as Assistant Secretary of State for Economic and Business Affairs and as U.S. Ambassador to Mexico, among other foreign affairs posts.