What They Discovered Through Summer Research

This summer, 149 Hamilton students received Hamilton funding to engage in research projects with faculty mentors. Communications/Marketing Office intern Claire Williams ’25 has followed up with a few of them to find out what they learned through their work. 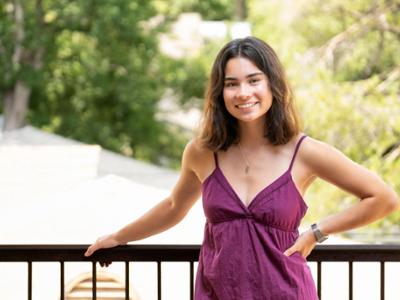 Lena Schneck ’23 collected data from literary sources and interviews to learn the extent of inadequate healthcare in prison systems. The stories she uncovered influenced how she shaped the remainder of her project.

“One interviewee told me that they were misdiagnosed with AIDS and sent to a quarantine sector for months,” Schneck said. “They had to petition and submit multiple complaints to get an outside test that, when it was finally approved, came back negative. Another interviewee talked about how guards and doctors would blatantly tell them that they didn’t deserve medical treatment because of their crime and would sometimes refuse to provide healthcare. It was incredibly disheartening to learn about the inhumane treatment that incarcerated people receive, but also inspiring to learn about their strength and determination.” 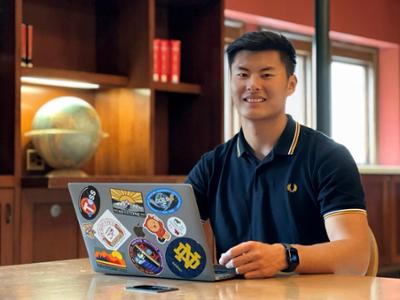 Emerson Research — What Are the Effects of Financial Incentives on Electric Vehicle Adoption?

Brian Hu ’24 found that the New York State rebate program was overall successful in increasing the electric vehicle registration in the state, though there were discernible differences in its effect between upstate and downstate residents and Republicans and Democrats.

“Both classifications arguably capture the same picture as most upstate counties that supported the Republican presidential candidate back in 2016,” Hu said. "Analyzing different segments of the population highlights the key role that geographical and political elements play in how individuals respond to the policy.” 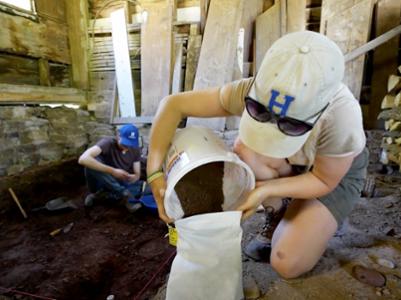 Working with Visiting Assistant Professor of Anthropology Lacey Carpenter, Heather Doyle ’25 and other students performed an archaeological study of the historic Barnabas Pond homestead in Clinton. Through their discoveries of antique commercial products, the research team learned about Clinton life in the mid-19th to 20th centuries, especially as it related to residents’ general buying habits.

“Having never taken an archaeology class before, I didn’t know much about it at all,” Doyle said. “But by the time I went home in July, I had learned how to correctly dig a trench layer by layer, how to use the tools in the field, and how to dig a trench on an incline.” 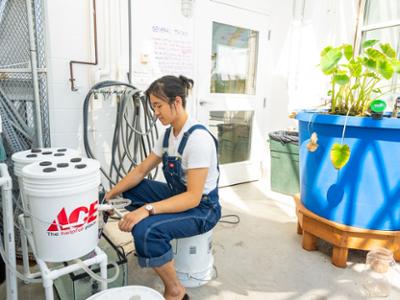 Though Andy Jian ’23 was unable to gather all his desired data, he was able to build a promising aero-aquaponics system. The system continually recycled water — a key component of any aquaponics system — and Jian observed the aero-aquaponic plant roots extending into the mist, despite the lack of water or soil.

“My main takeaway was honestly that the aero-aquaponic system takes a ton of balancing and changing parameters to stabilize, much more than I anticipated,” Jian said. “I’m working with the Aquaponics Club to establish and run the system as a longer-form experiment, and I’ll be collecting more data on it during this school year.” 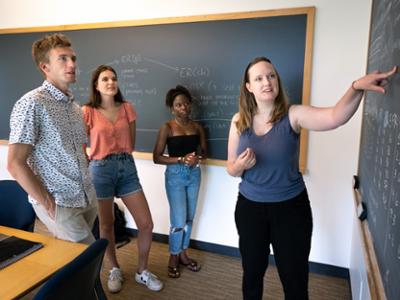 Associate Professor of Psychology Rachel White, Paige McKenzie ’25, Kate Bruno ’23, and Andrew Harrell ’23 studied how parents’ use of third-person language (i.e., referring to themselves as “Mommy” or “Daddy”) affected their response to a frustrating event with their child. Researchers found a positive correlation between use of third-person language and a parent’s ability to regulate their own emotions, reconstrue the situation in positive ways, consider their child’s perspective, and make compromises to help their child feel less upset.

“The quality of experiential learning I gained from conducting research is unlike anything I could have acquired in a classroom,” McKenzie said. “Because I had no prior research experience, Professor White took a hands-on approach to introduce me to the different aspects of research, from creating a study to analyzing data and writing an abstract.”

With Glacier Bay National Park to the west and Tongass National Forest to the east, Kaitlyn Bieber ’23 and Olivia Chandler ’23 found a month-long home amidst the nation’s largest stretch of protected wilderness. But more importantly, the pair found answers for their two distinct Levitt Center research projects.

The world of chemists can be broadly divided into three groups: molecule modelers, measurers, and makers. Max Majireck, associate professor of chemistry and director of biochemistry, is a part of the third group. As he works to synthetically construct molecules, he lets new chemical developments guide him to discoveries with medical potential.