The Super Bowl is in the books, and the snow will be falling for at least the next few months … on College Hill anyway. Time to grab a blanket, pop some popcorn, and curl up on the couch to enjoy a movie or TV show with a Hamilton connection!

(Films and shows are available through various streaming services; search for them online. If you have recommendations for other titles to be added to this list, email them to editor@hamilton.edu.) 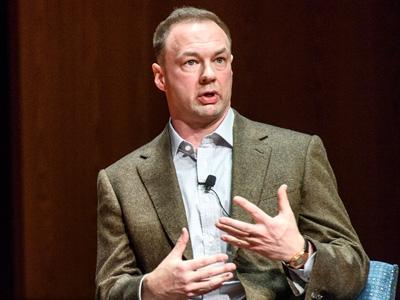 The adventures of Batman continue in this second film in the trilogy of the same name. It was produced by Thomas Tull ’92 when he was chairman and CEO of Legendary Entertainment, which also lists The Hangover series (2009, 2011, 2013) and Inception (2010) among its many blockbusters. 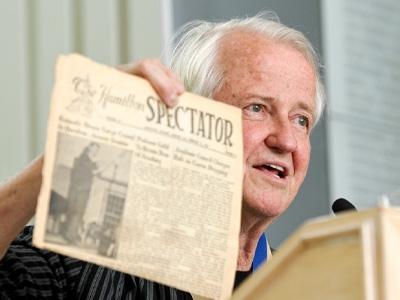 Here’s a great trivia question: Which Hamilton alum gave Brad Pitt his big break? The answer is Andy Horton ’66, who wrote this film in which Pitt landed his first leading role as a young man in search of a cure for a dreaded skin disease. 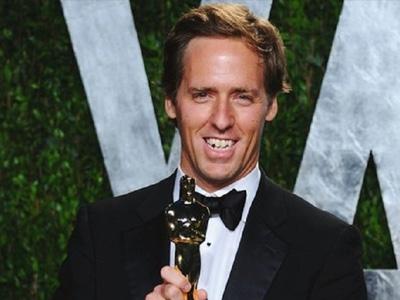 This film stars George Clooney and is set in Hawaii — what more could you want? How about Hamilton’s Nat Faxon ’97, who won an Academy Award for co-writing the screenplay. 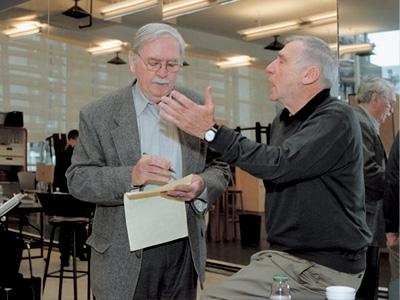 You can’t stop the beat! These two hit Broadway musicals, with books written by Tony Award-winning playwright Thomas Meehan ’55, made successful leaps from stage to screen. 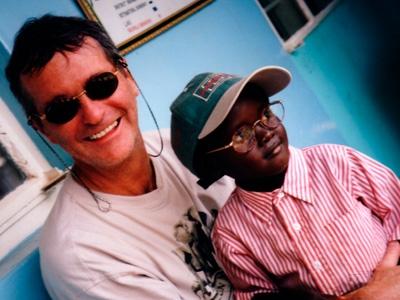 Written and directed by Robert Bilheimer ’66, president of the nonprofit Worldwide Documentaries, this film deals with human trafficking and contemporary slavery. His other works include The Cry of Reason (1988), an Academy Award-nominated documentary in which an anti-apartheid activist discusses human issues confronting the people of South Africa, and A Closer Walk (2003), about the global AIDS epidemic. 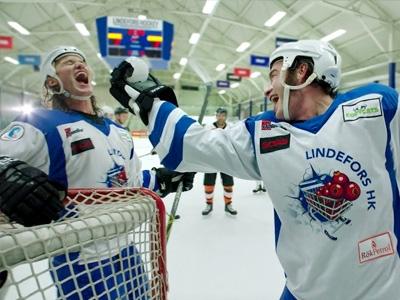 Based on a true story of a Harvard hockey player who follows his dreams to Europe. Hamiltonians will no doubt notice that hockey scenes were filmed in Sage Rink. 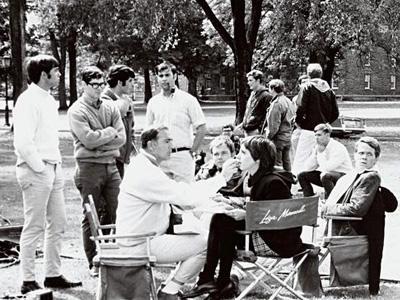 Based on the book by John Nichols ’62 and starring Liza Minnelli, many of the scenes were filmed on Hamilton’s campus with student “extras.” Nichols’ book The Milagro Beanfield War, which tells of how a poor New Mexican farmer defends his small beanfield against political and business interests, was also adapted for a 1988 film directed by Robert Redford. 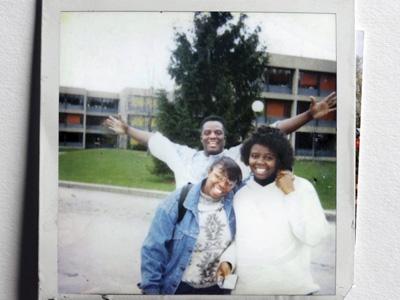 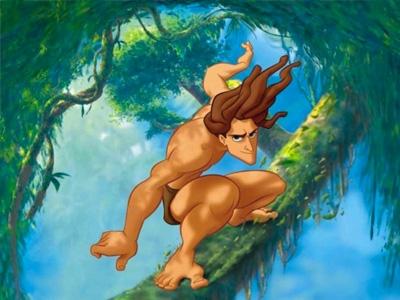 Time studying on College Hill prepares you to be anything — even a 20-year-old man raised by gorillas! Tony Goldwyn ’82 gave voice to the hero in this animated Disney film. You can also catch Goldwyn in Ghost (1990) as Carl Bruner; Nixon (1995) as Harold Nixon; and The Last Samurai (2003) as Colonel Bagley. 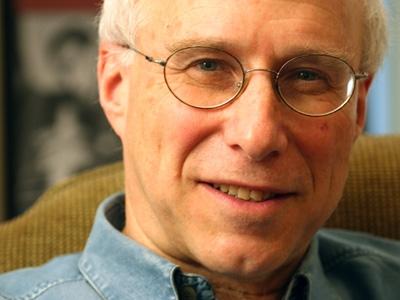 Inaugural recipient of the Primetime Emmy Award for Outstanding Documentary, this biography of the 33rd U.S. president is the creation of David Grubin ’65, who has produced over 100 films. Others he’s done for PBS’s American Experience series include LBJ, FDR, TR: The Story of Theodore Roosevelt, and Abraham and Mary Lincoln: A House Divided. 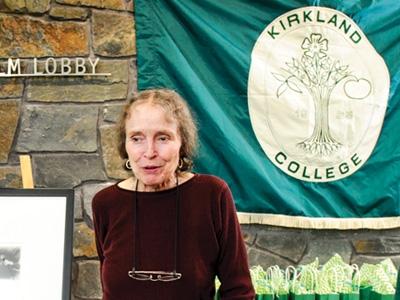 If you could drink from a magical spring that would give you the power to live forever, would you do it? That’s the theme of this film based on the 1975 classic children's novel by Natalie Babbitt, wife of Kirkland College President Sam Babbitt. The book was ranked 16th among the “Top 100 Chapter Books” of all time in a 2012 survey by School Library Journal. 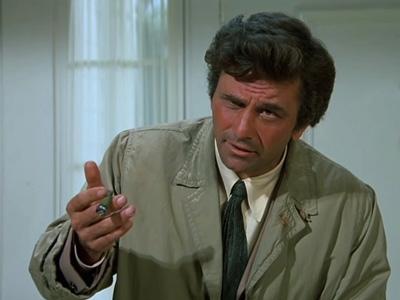 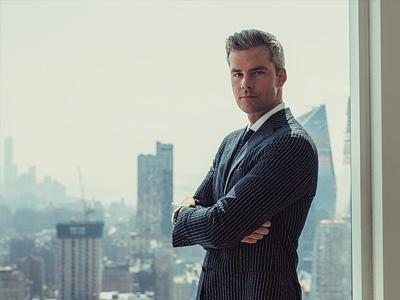 Catch Ryan Serhant ’06 in this Emmy-nominated reality series on Bravo that follows four luxury real estate agents throughout New York’s five boroughs. He also stars in the spinoff Sell It Like Serhant (2018-), in which he helps salespeople improve their skills. 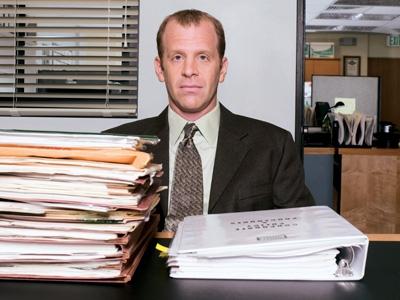 Join the team at Dunder Mifflin, including mild-mannered human resources director Toby Flenderson, played by Paul Lieberstein ’89, who also was a writer and executive producer of the NBC sitcom. 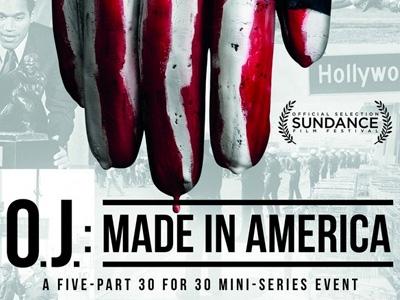 Part of ESPN’s series 30 for 30, the five-part documentary examines O.J. Simpson’s childhood, NFL career, murder trial, and current life. When the miniseries won the Academy Award in the best documentary category, Deirdre Fenton ’04, one of its producers, shared in the Oscar. 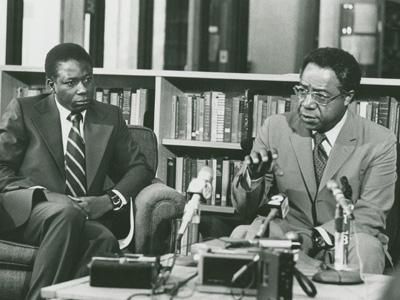 The Emmy Award-winning series is based on Alex Haley’s 1976 novel Roots: The Saga of an American Family. Haley wrote the first draft of the Pulitzer Prize-winning book while on College Hill serving as a writer-in-residence. 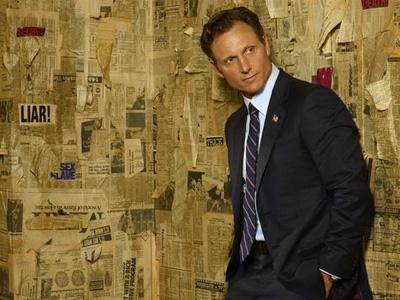 From the big screen to your TV, catch Tony Goldwyn ’82 as fictional U.S. President Fitzgerald Grant III in this ABC political drama. 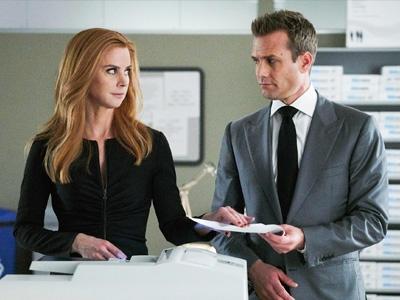