“We are joining the American Talent Initiative because it matches our interest in supporting access to college for talented students from lower-income families,” said President David Wippman. “We believe our affiliation with ATI will help us reach even more students whose academic credentials have earned them a place at Hamilton, and we look forward to helping ensure these students’ future success.” 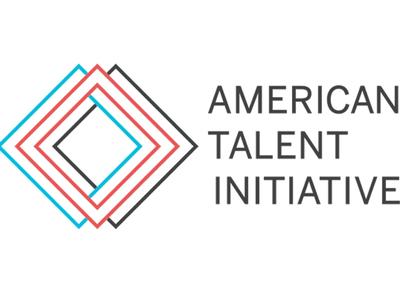 The American Talent Initiative, which was founded by 30 colleges in December 2016, is supported by Bloomberg Philanthropies. The organization’s goal is to educate, by 2025, an additional 50,000 high-achieving, lower-income students at the 290 American colleges and universities that graduate at least 70 percent of their students in six years. Hamilton had a four-year graduation rate of 90.2 percent and a six-year graduation rate of 94.2 percent for the Class of 2015. In each of the past two years, 18 percent of the students in the first-year class received Pell grants, evidence of the college’s commitment to enroll lower-income students.

“Joining ATI is another step toward identifying and enrolling talented, socioeconomically diverse students from across the United States,” said Monica Inzer, Hamilton vice president for enrollment management. She cited the college’s recent partnership with QuestBridge as further evidence of Hamilton’s commitment to ensuring access to college for what has traditionally been an underserved population in the United States. Hamilton is also one of fewer than four dozen U.S. colleges and universities that admits first-year students from the United States without considering financial circumstances and then meets each student’s full demonstrated financial need.

“Family income shouldn’t determine a child’s chances of attending a top college -- but too often, it does,” said Michael R. Bloomberg, founder of Bloomberg Philanthropies and three-term mayor of New York City. “That’s why we created the American Talent Initiative, and colleges have responded enthusiastically. They recognize that it benefits them as much as it does the students, and the more schools that join, the more it will benefit our country.”

According to the American Talent Initiative, research shows that when high-achieving, lower-income students attend ATI partner institutions, they graduate at higher rates, and access to these colleges provides the students with a much greater chance of attaining leadership positions and opportunity throughout their lives. Yet, ATI says, there are at least 12,500 lower-income young people graduating from high school each year with outstanding credentials who do not enroll at institutions where they have the greatest likelihood of graduating.

“These students have earned the opportunity these schools offer,” ATI says, “but for a variety of reasons – including a lack of information about their options, confusion about costs, and inadequate financial aid offers – many of them simply lack access. The American Talent Initiative seeks to ensure that these ‘missing’ students have a path to attend and thrive at the institutions with the highest graduation rates and best track records for postgraduate success.”

Member institutions of the American Talent Initiative commit substantial resources to attract, enroll, and graduate students at their individual campuses. This initiative is co-managed by the Aspen Institute’s College Excellence Program and Ithaka S+R and funded with an initial $1.7 million, multi-year grant from Bloomberg Philanthropies. Grant funding is used to research and disseminate best practices, bring together presidents and staff from the different colleges, and analyze and share data.

In addition to Hamilton, ATI includes all members of the Ivy League, 17 state flagship universities, and private colleges. There are now 100 colleges and universities that have joined ATI.