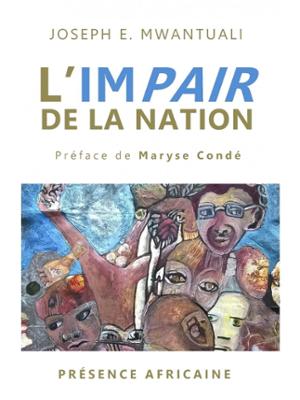 Written in 2004, L’impair de la nation is a novel that first placed a woman as a head of state in Africa, before this became reality in Liberia. Mwantuali said this is a reviewed version of the 2007 edition, published by Clé in Cameroon.

The new version includes a preface by writer Maryse Condé, a 2018 Alternative Nobel Prize winner. “The honor of being published by Présence Africaine and prefaced by Maryse Condé is very humbling to me,” Mwantuali noted.