Because Hamiltonians Do Tech: Tom Lewek ’09 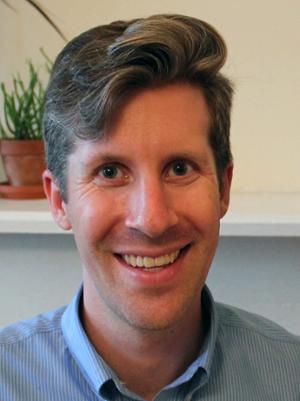 It was the only cover letter in which he mentioned his undergraduate thesis (it was about Vladimir Nabokov’s representation of memory), and he thinks it helped. Tom Lewek ’09 landed the job with the Modern Language Association, a force in the humanities since 1883.

Its avowed mission is to promote the study and teaching of languages and literature, no easy mandate in a time when the relevance of the humanities is under fire. For a former English literature major, a job with the MLA seems like a dream fit, and it has been, but maybe not in the way you’d expect. Lewek’s niche is in the technological underpinnings of the MLA. Nearly six years into his career there, he is the head of technical project management, overseeing technology initiatives, for instance building a custom application for attendees at one of the association’s many conventions or moving databases from one server to another. He loves the variety of the work.

Lewek taught himself technical skills and learned as he went, in particular at the publishing house John Wiley and Sons, in its small production technology group. When Lewek saw that job opening, he recognized an opportunity to learn more of the tech skills he’d already started building on his own. It was in midst of the e-book boom, Lewek said, and much of what he did there was mass digitization of books.

Along the way,  Lewek earned a master’s degree in digital humanities from the City University of New York Graduate Center. In his work at the association, he meets a few tech people, not many, who share his background in literature.

“I really see my role as supporting technology that allows people who think deeply about the humanities and its role in the academy, whether that’s building websites for them, providing opportunities for them to find jobs, giving them accesses to sign up for the events, or to read scholarship,” he said.