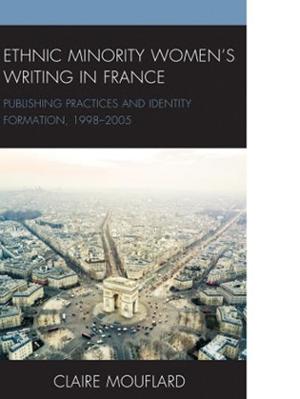 Ethnic Minority Women's Writing in France: Publishing Practices and Identity Formation (1998-2005), by Assistant Professor of French and Francophone Studies Claire Mouflard, was recently published by Lexington Books in their series titled “After the Empire: The Francophone World and Postcolonial France.”

In her book, Mouflard argues that the identity politics surrounding the immigration discourse of early 21st century France were reflected in the marketing and editing practices of the Metropole’s key publishers, specifically regarding non-white French women’s literature. Echoing the utopic “Black-Blanc-Beur” model of integration which surfaced during the 1998 soccer World Cup, select publishers fashioned unofficial literary categories based on neocolonial racial and gender stereotypes, either lauding integrated “Beur” authors or exploiting “Black” political dissenters. Concurrently, metropolitan women writers in their autobiographies, autofictions, and manifestoes, problematized notions of French multiculturalism and literary hierarchies, thereby exposing the dangers of utopian thinking.

Overall, Mouflard’s research highlights the discrepancies between France’s official discourse on immigration, and the actual identity formation processes created by the institutions and exploited by influential publishers, in the years leading to the historic 2005 banlieue civil unrest. Mouflard's research stems from her doctoral dissertation, and was completed with the examination of edited manuscripts and marketing dossiers at the Institut Mémoires de l'Édition Contemporaine (IMEC) in Caen, France in June 2019, and with the information she obtained during interviews with authors and editors whose works are examined in the book.