Seven Hamilton faculty members were recognized for their research and creative successes with the Dean’s Scholarly Achievement Awards, presented by Dean of Faculty Patrick Reynolds on Class & Charter Day on May 12. The awards recognize individual accomplishment but reflect a richness and depth of scholarship and creative activity across the entire faculty. 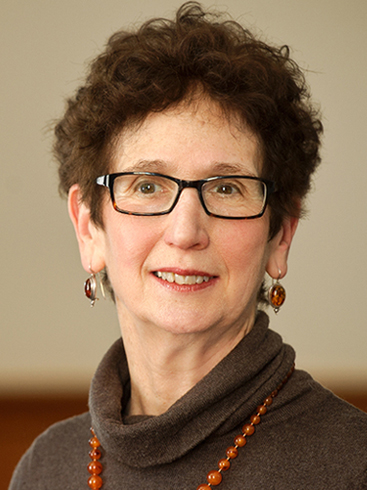 Rabinowitz earned a Ph.D. from the University of Chicago and began teaching at Kirkland College in 1974. She joined the Hamilton faculty in 1978 when the two schools merged.

In 2008 Rabinowitz published Greek Tragedy (Wiley and Blackwell).  She is co-editor of the book Among Women: From the Homosocial to the Homoerotic in the Ancient World (University of Texas Press, 2002); she is co-author and translator of Women on the Edge: Four Plays by Euripides (1998), author of Anxiety Veiled: Euripides and the Traffic in Women, (1993) and co-editor of Feminist Theory and the Classics (1993).

Recent articles have focused on Greek tragedy and its modern usages: “Greek Tragedy: A Rape Culture?” in  EuGesTa 1 (2011), “O’Neill and Dove: The Civil War through Tragedy,” in Logeion 1 (2011), and “Male Medea,” in Helios 38.2 (2011): 27-42. She has also authored “The Expansion of Tragedy as Critique,” “Greek Tragedy, Enslaving or Liberating, the example of Rita Dove’s The Darker Face of the Earth,” and “Ancient Myth and Feminist Politics: The Medea Project and San Francisco Women’s Prisons.”

In the past year Rabinowitz has authored entries on feminist criticism and structuralism in the newly issued online Encyclopedia of Greek Tragedy, edited by Hanna Roisman.  She co-edited a special double issue of the journal Helios (40.1 and 2) on Vision and Viewing in Ancient Greece.

This year Rabinowitz gave talks on her work teaching classics in the prisons, “Philoctetes in the Weight Shack: Teaching the Classics in Prison,” “Classics in Prison: Why Should We Care?,” and “Ancient Myth and Feminism: Prison Activism and the Medea Project.” Rabinowitz also presented on “Marriage or Rape? Aeschylus' Suppliants and Charles Mee's Big Love” and “Feminisms and Greek Tragedy: The Ambiguity of Consent.” 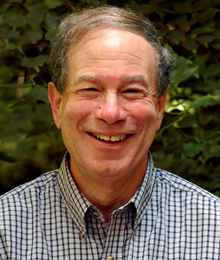 Simon holds a Ph.D. from the University of Pennsylvania. A past Rockefeller Foundation and National Endowment for the Humanities fellow, he has also served as president of the Philosophic Society for the Study of Sport.

Simon was also a Fellow at both the Center for Advanced Study in the Behavioral Sciences (1975-76) at Stanford and the National Humanities Center in Research Triangle Park, N.C. (1981-82). He was the successful coach of the men's varsity golf team at Hamilton from 1986-2000, during which time his teams participated in NCAA championships.

Simon is the author of Fair Play, (Westview Press) on sports and social values.  He is also author (with Norman E. Bowie) of The Individual and the Political Order and Neutrality and the Academic Ethic, and editor of The Blackwell Guide to Political and Social Philosophy.

Simon is the recipient of numerous teaching awards and sits on the editorial board for the Journal of the Philosophy of Sport. 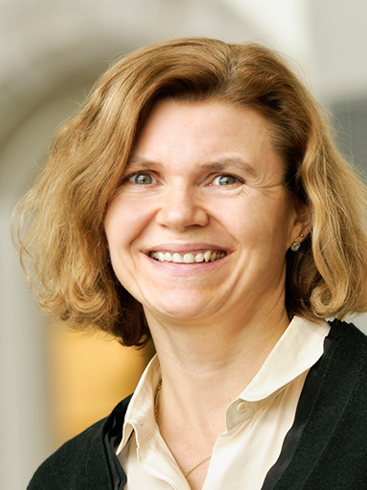 Cotten is the corresponding author of a paper that was published online on Jan. 10 in the Journal of the American Chemical Society (JACS). The results presented are the culmination of more than five years of work as part of Cotten’s National Science Foundation CAREER grant.

The paper “High-Resolution Structures and Orientations of Antimicrobial Peptides Piscidin 1 and Piscidin 3 in Fluid Bilayers Reveal Tilting, Kinking, and Bilayer Immersion,” was co-authored with Hamilton students and alumni. Cotten’s collaborators include Dr. Richard Pastor ’71, senior investigator in the Laboratory of Computational Biology at the National Heart, Lung and Blood Institute, which is part of the National Institutes of Health.

That paper was then selected as the cover story in the March 5 print edition of JACS.

Cotten also published four structures in the Research Collaboratory for Structural Bioinformatics Protein Data Bank (RCSB PDB). The structures were released on January 22 after the accompanying peer-reviewed article was accepted for publication in JACS.

Also this year, she co-authored a chapter in the book Advances in Biological Solid-State NMR: Proteins and Membrane-Active Peptides.

Cotten’s research interests include the use and development of biophysical and biochemical techniques such as magnetic resonance to study the structure, function, and mode of action of membrane-interacting peptides and proteins. Her current research focuses on antimicrobial peptides. Cotten’s long-term goal is to identify common principles that will facilitate the design of pharmaceuticals with enhanced antibacterial activity and low toxicity for mammalian cells.

Her research has been supported by the Dreyfus Foundation, National Science Foundation, and Research Corporation (RC). 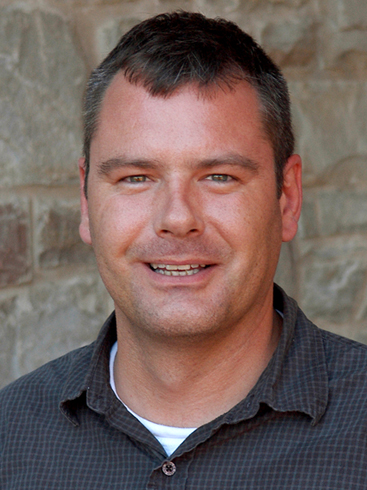 Chaise LaDousa, associate professor of anthropology, attended the college of the University of Chicago and received his Ph.D. from Syracuse University.

LaDousa has conducted field research in North India studying languages and the role they play in education and India’s rapidly changing political economy. Another project has focused on the importance of fun in expressive culture in institutions of higher education in the United States. He has published numerous professional articles, and the 2011 book Signs of Play: Faith, Race, and Sex in a College Town.

This year LaDousa’s book on India’s English/Hindi division, Hindi Is Our Ground, English Is Our Sky, was published by Berghahn Books. 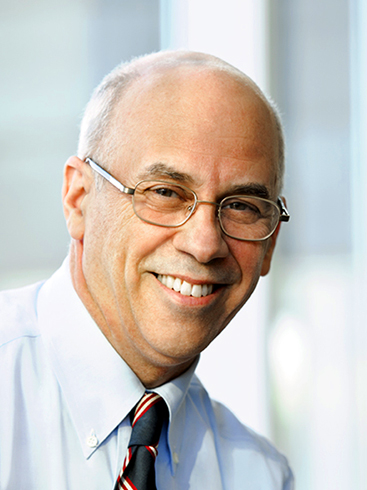 A member of the Hamilton faculty since 1981, Dan Chambliss earned a master’s and Ph.D. from Yale University. His research interests are formal organizations, social psychology and research methods.

Chambliss is co-author with Christopher Takacs ’05 of the book How College Works, published in January 2014 by Harvard University Press, the result of a decade-long, Mellon-funded student study. That research was featured in articles in Inside Higher Ed and The New York Times.

His 1996 book, Beyond Caring: Hospitals, Nurses and the Social Organization of Ethics, won the Eliot Freidson Prize in 1998 for the best book in the preceding two years in medical sociology from the American Sociological Association. He is also the winner of the ASA's Theory Prize for his work on organizational excellence.

Chambliss is also the author of Champions: The Making of Olympic Swimmers, which was named the 1991 Book of the Year by the U.S. Olympic Committee, and co-author, with Russell Schutt of Making Sense of the Social World, a research methods textbook currently in its fourth edition.  He was appointed to the Eugene M. Tobin Distinguished Professorship in 2005. 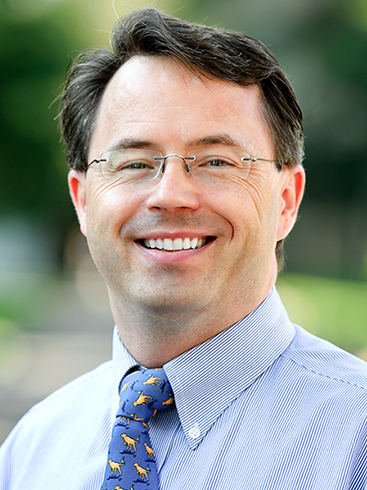 Martin’s latest book is Government By Dissent: Protest, Resistance, and Radical Democratic Thought in the Early American Republic (New York University Press, 2013). Government by Dissent was described by University of Pennsylvania Professor of Political Science Rogers M. Smith as, “The most thorough examination we have of how early Americans wrestled with what types of political dissent should be permitted, even promoted, in the new republic they were forming.”

He is also the author of  The Free and Open Press: The Founding of American Democratic Press Liberty (New York University Press, 2001).  Martin is co-editor with Hamilton professor Douglas Ambrose of The Many Faces of Alexander Hamilton: The Life and Legacy of America's Most Elusive Founding Father (New York University Press, 2006).  Martin’s work has appeared in History of Political Thought, Polity, The Journal of the Early Republic and Political Research Quarterly. A recipient of the Class of 1963 Excellence in Teaching Award, he has held research fellowships at the New-York Historical Society and the American Antiquarian Society.  Martin has a Ph.D. in political science from the University of Minnesota. 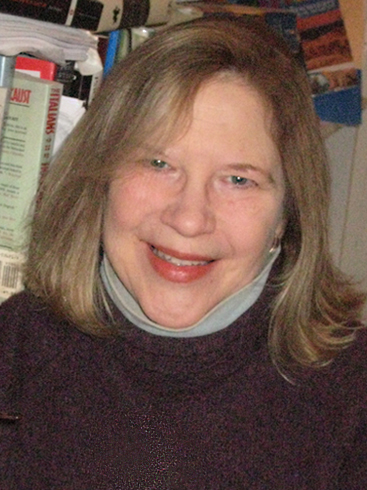 Heidi M. Ravven has been on the faculty since 1983. She teaches Jewish studies and the philosophy of religion and she has also become a neurophilosopher.

Ravven is a specialist on the philosophy of the 17th century philosopher, Baruch Spinoza. She was the first to argue that Spinoza’s moral philosophy is a systems theory of ethics. Ravven was also the first philosopher to propose that Spinoza anticipated central discoveries in the neuroscience of the emotions.

In 2004 Ravven received an unsolicited $500,000 grant from the Ford Foundation to write a book rethinking ethics. That book, The Self Beyond Itself: An Alternative History of Ethics, the New Brain Sciences, and the Myth of Free Will was published by The New Press in May, 2013. It is an extended and multidisciplinary inquiry into moral agency: why we are moral, why and when we are not, and how to get people to be more moral. In the past year she has delivered numerous talks about the book.

Ravven is a member of the advisory editorial board of the Journal of Systemics, Cybernetics, and Informatics. She is responsible for advising and editorial activities in neurophilosophy and ethics.