Bridging the Distance with Hamily Events

It won’t be in the Events Barn, but Hamilton students will come together Tuesday night to hear SHAED, an up-and-coming trio whose song Trampoline hit number one last year on the alternative chart. SHAED’s performance and Q&A with students will be streamed live on Hamilton’s Facebook page.

It’s the first Hamilton House Calls, a small series of virtual events with celebrities, part of an overall campaign to build campus community while the community is far-flung. With Student Activities leading the way, students have engaged in social events that were informed by the students themselves, through a survey. 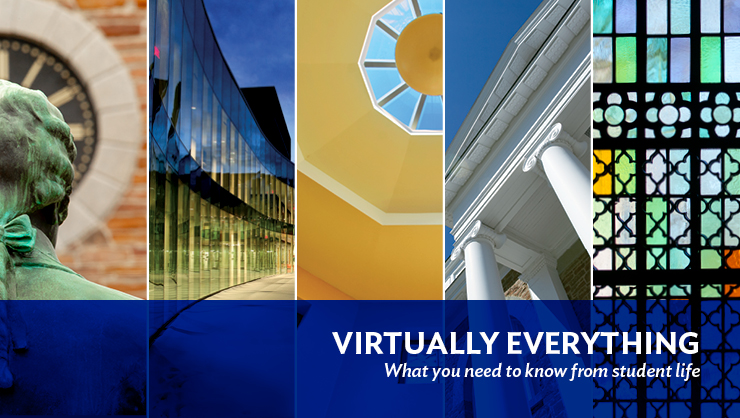 The line-up so far has included a calligraphy workshop via Zoom, virtual bingo and trivia, Instagram discussions, videos that transport students to calming campus locales, online fitness activities, and more. Students can keep up on all the happenings, and on the gamut of virtual support the College has developed, via a new webpage, Virtually Everything.

The SHAED concert is the biggest event yet since COVID-19 prompted the College on March 17 to go remote for the rest of the semester.

“President Wippman was encouraging us to do some not necessarily big but more outside-the-box events, and we’re trying to get some off-campus guests and some other things that would appeal to students and be a little bit special during this time,” explains Assistant Director of Student Activities Kaity Stewart.

To put the first concert together, she turned to an expert for advice — Josh Rothstein ’19, who worked with her while he was at Hamilton and who founded and runs Up All Night Music Group, a concert promotions company. Rothstein helped Stewart connect with SHAED, and he’ll moderate the Q&A session with students.

The virtual events thus far have gone over well.

“I’ve definitely learned that there’s lots of different ways you can do programs, and it’s been interesting to see that people want this community,” Stewart says. “When we’ve done trivia and bingo, we’ve had about the same attendance as we would have in a late-night event on campus, and so it’s been really refreshing to see that students still want and crave that.”