The College’s Board of Trustees nominated and elected four candidates to serve as charter trustees beginning immediately. Mason P. Ashe ’85, Manal Ataya ’01, Peter B. Coffin ’81, P’14, and Sharon D. Madison ’84 became members of the board on Oct. 2. 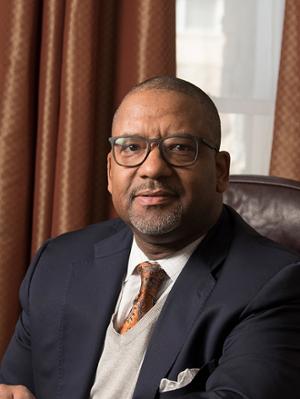 Sports agent, attorney, talent manager, and educator, Mason P. Ashe ’85 earned a law degree from the State University of New York at Buffalo after graduating from Hamilton with a major in psychology.  He learned the business of global sports as a Vice President at the world’s largest sports agency, IMG. By 1997 – blending his interests in the law, sports, education, and entertainment – he had co-founded Strickland & Ashe Management, one of the largest African-American-owned sports and entertainment management firms in the country. In 2004, Ashe formed his own company, Ashe Sports & Entertainment Consulting, to continue branching out beyond the NFL and NBA to work with a wide-ranging group of clients including entertainers, news broadcasters, financial advisors, and international professional league teams, among others.

Over the decades, Ashe has negotiated contracts for NFL, NBA, and WNBA players who became starters, league champions, and Pro Bowl or All-Star selections; advised a wealth management firm as it developed and launched an initiative to serve pro athletes and entertainers; produced a figure-skating show highlighting a cast of minority skaters and the evolution of African-American music; and been named the National Bar Association’s 2016 “Sports Attorney of the Year.” Sharing what he has learned, Ashe has lectured and designed courses on sports law and business management for international high school students, undergraduates, MBA, and law students.

A junior varsity basketball player and lead jazz guitarist while at Hamilton, Ashe has served as an Alumnus Trustee, Alumni Council member, and Admissions and Career Center volunteer. Ashe’s term on the Board of Trustees ends in June 2026. 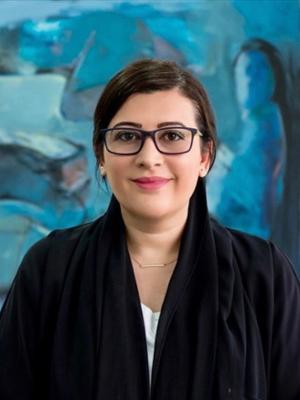 Beginning with her Hamilton majors in art and communication and her post graduate studies in museum studies at Harvard University, Manal Ataya’s focus has remained steadfastly on the arts and non-profit management. Currently the director-general of Sharjah Museums Authority, she oversees a diverse group of 16 museums ranging from art to archaeology in her native United Arab Emirates. Her role includes work in the area of cultural diplomacy and cultural heritage preservation, strategic planning of future cultural projects, and building partnerships with global museum institutions.

The Clore Duffield foundation in the United Kingdom awarded her a fellowship in cultural leadership in 2010 and the Aspen Institute a fellowship in Leadership in 2017. In 2019 she was included in the 100 Inspiring Leaders in the Middle East list by Arabian Business, Forbes “100 most powerful Arab women in 2015” and on the Athena40, Global Thinkers Forum for Positive Impact lists. France recently awarded Ataya its Chevalier des Arts et Lettres medal, one of the country’s highest awards for cultural contributions.

Ataya is on numerous boards including, the advisory board of the University of Sharjah; GCDN (Global cultural districts network), and ICCROM-Sharjah, the Arab region’s field office of the UN’s body for cultural heritage preservation.

At Hamilton, Ataya was active in community life including Student Assembly, the German club, and Phi Sigma Iota honor society. She was the founder of the Arab Culture club.

Ataya’s sister, Dr. Omaima Ataya Maaliki, is a 1998 alumna who majored in biology and French. Ataya will serve on the Board of Trustees until June 2024. 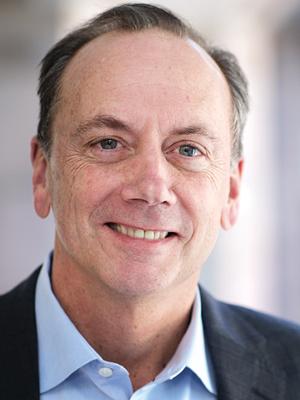 A 1981 Classics major, Peter B. Coffin ’81, P ’14 is founder and president of Breckinridge Capital Advisors, a firm specializing in investment grade fixed income portfolio management. He is married to Hamilton alumna Ann “Abby” Buffington Rhame Coffin ’81 and his daughter Hannah is a 2014 graduate. Other Hamiltonians in his family include niece Eliza Coffin ’17, and sister-in-law Amelia Cooper Coffin '84, P'17.

Coffin has regularly offered internships to Hamilton students at his firm and has been a  supporter of the Career Center. He served as an Alumni Trustee from 2014 to 2018. He has also been a volunteer for admissions and advancement, serving on the Reunion Gift Committee. His term on the Board of Trustees ends in 2022. 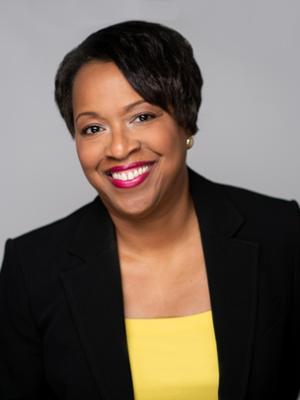 Sharon Madison, Class of ’84 and an English Literature major, has been engaged in leadership roles in both for-profit and not-for-profit organizations throughout her career. For the last five years, she has served as Vice President for Administration of Prep for Prep, a 42-year-old leadership development and educational access organization based in New York. Prep identifies New York City’s most promising students of color and prepares them for success in independent school, college, and careers in a broad range of industries. Previous executive positions have included chief operating officer at the Federation of Protestant Welfare Agencies, director at the Sports and Arts in Schools Foundation, and chief operating officer at United Building Maintenance Associates, as well as various marketing roles with Verizon, Time Warner, and Saatchi & Saatchi.

At Hamilton, Madison was active in the Black & Latin Student Union, an Admissions volunteer, served as a tutor for Utica Tutorial and A Better Chance programs, and worked for The Spectator.  Post-graduation, Madison was chairperson of Brooklyn for Hamilton’s undergraduate recruitment efforts across New York City for five years.

Madison's term on the Board of Trustees ends in June 2026.

Robert V. Delaney ’79 and Linda E. Johnson ’80 were elected vice chairs of the Board of Trustees at the October Meeting. Their terms will end June 30, 2022. 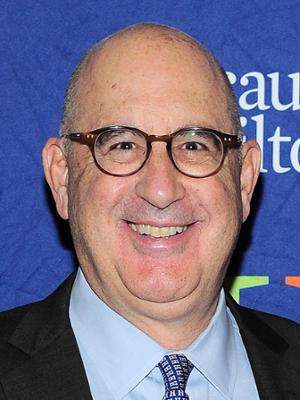 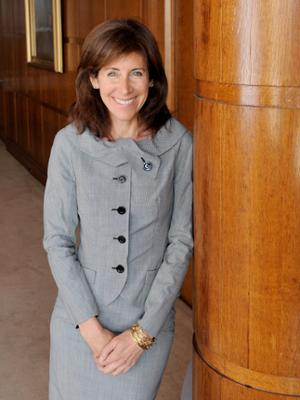 Linda Johnson ’80, a member of the Board of Trustees since 1998, chaired the Buildings, Grounds, and Equipment and its Subcommittee on Arts Facilities committees with responsibility for supervision of the design and development of the Wellin Museum. She currently serves on the Wellin’s advisory committee. Johnson established the Johnson-Pote Museum Director Fund in support of the Wellin’s director’s position. In 2014, she was the recipient of the Hamilton Volunteer of the Year award.

Johnson has served, since 2011, as president & CEO of Brooklyn Public Library, overseeing the operations, finances, and programs of the 60-branch public library system.