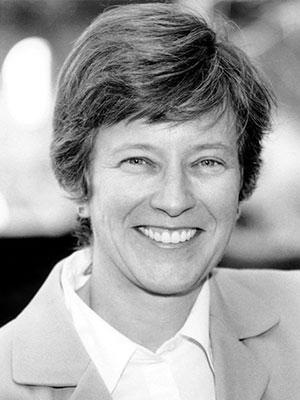 A native of Newburgh, New York, you enrolled at Hamilton the year after the College became co­educational. Having concentrated in history and comparative literature, you graduated Phi Beta Kappa in 1983. Northeastern Law School followed, and after acquiring your J.D. degree, you joined a law firm in Maine, where, on the side, you did pro bono work on behalf of those discriminated against because of AIDS. In 1990, you had the opportunity to become civil rights project director of Gay & Lesbian Advocates & Defenders in Boston, and despite warnings that you would be throwing your career away, you took the job.

During the ensuing years, armored against attack by tenacity of purpose, you have battled ­within the courtroom on behalf of equal rights for citizens regardless of sexual orientation. New England has become a focal point in that campaign, and there you have marshaled the legal ­arguments before state supreme courts on the constitutional right of same-sex couples to marry. The result has been to extend for the first time all the legal benefits of marriage to same-sex couples in the form of civil unions in Vermont, and to end the exclusion of such couples from civil marriage in Massachusetts.

Although you modestly disclaim the title of architect of this new legal milestone and insist that others receive due credit for the achievement, you have nonetheless been its most formidable and persuasive advocate. You are in the forefront of an ongoing national debate over same-sex marriage.

Mary L. Bonauto, acting on the authority of the Board of Trustees, I am pleased to confer on you the degree of Doctor of Laws of Hamilton College, admitting you to all of its rights and privileges. In token whereof, we present you with this diploma and invest you with this hood.