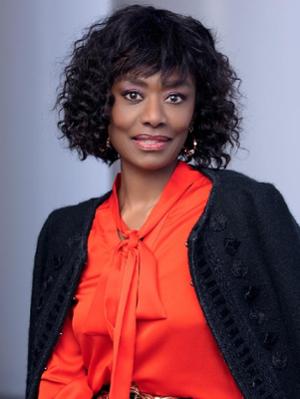 You are an award-winning journalist, having reported for and produced programming for some of America’s most iconic media brands. As a former Washington Bureau producer for CNN and a White House producer for the Associated Press, you interviewed top political and global leaders; covered Capitol Hill, the Supreme Court, and the State Department; and developed expertise in high-level domestic and international affairs. Your work has helped inform and educate millions of people in the United States and around the world.

A 1990 Hamilton graduate with a bachelor’s degree in English literature, your experience includes managing and directing international productions in crisis zones, from health outbreaks to natural disasters. You were a key member of the award-winning CNN team’s coverage of the 2010 earthquake in Haiti, a profoundly personal and emotional assignment for someone born in that Caribbean nation who returned regularly.

The killing of George Floyd 10 years later was another intensely emotional experience, so when Hamilton Magazine invited you to serve as guest editor for a special edition focused on racial injustice and inequality you recognized the opportunity to provide, what you called, “that space where Black and white Americans can talk about slavery as co-descendants of an evil system, even while it is the system that contributed to America’s might and, directly or indirectly, our own personal privilege, or lack thereof.”

In your guest editor’s letter for that deeply moving issue, you quoted James Baldwin. “Not everything that is faced can be changed,” Baldwin said. “But nothing can be changed until it is faced.” To which you added, “We continue to live in the shadow of slavery, not because we discuss it too much, but because we acknowledge it too little.”

The stories, personal reflections, and experiences of more than two dozen Black alumni and community members in that issue have given voice to what it means to be Black in America and have helped spur the discussions you sought and the understanding we need as a College and as members of the world community still burdened by systemic racism.

In recognition of your award-winning journalistic career and helping to tell the difficult stories that are important to hear, we honor you today.