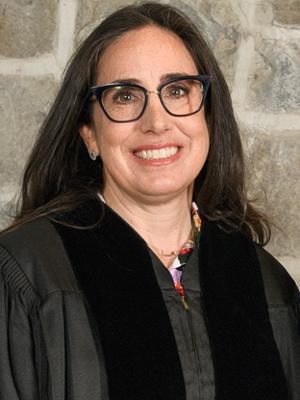 When you were seven, your Dad, 1960 Hamilton graduate Preston Zucker, took you to a baseball game at Yankee Stadium, and you’ve delighted in the spectacle of the sporting experience ever since.

“I remember sports as something that we did as a family, whether it [was] watching the New York Giants on television on Sundays or actually going to events,” you told Hamilton Magazine in 2008. “It was that magic that drew me to the idea of running a sports franchise. I wanted to be the one who was creating that experience for people.”

And now you do, having built a career that began with an internship for the professional hockey affiliate in Utica when you were a Hamilton senior, and that included an impressive tenure in motor sports. Today, as president of business operations for the LA Clippers, you are one of the top team executives in U.S. professional sports.

When former Microsoft CEO Steve Ballmer was searching for the leader of his newly purchased NBA team, he recognized your “intensity, enthusiasm and wisdom,” and selected you to run the team’s business operations in 2014. Since then, the two of you have partnered to create an in-person experience that many consider to be best in class and are designing and building the Clippers a new arena that will be among the best in the world. You also lead the live entertainment venue, the Kia Forum, and are driving industry-leading innovations in live sports and entertainment while growing revenue and making a substantial difference in the Southern California community.

Los Angeles media have honored you as Executive of the Year and called you a “Visionary in Sports and Entertainment” and one of “10 Wonder Women changing L.A.” One newspaper wrote in 2020, “In her role as President of Business Operations, Zucker has completely reinvented the Clippers brand and transformed the organization’s culture, earning praise for the Clippers’ groundbreaking investments in the community, the fans, the game experience, and the team itself.”

Today, a proud alma mater honors you, a liberally educated, philanthropically inclined, innovative sports industry visionary who has become one of the most powerful and admired women in sports.