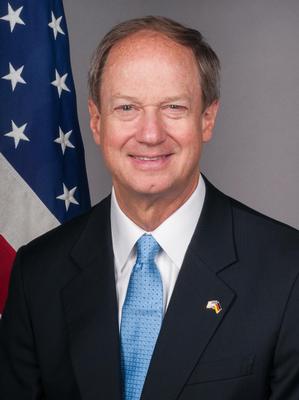 As a student on College Hill in the early 1970s, you participated in anti-war rallies and canvassed New York precincts on behalf of George McGovern. Several years later, after receiving your law degree from the University of Chicago, you moved to California and joined a prestigious firm specializing in business and entertainment law before serving as chief deputy city attorney in the Los Angeles City Attorney’s Office.

You remained active in politics, working on campaigns in the 1980s for Jerry Brown and Gary Hart, and even ran for State Assembly in 1991. Your early lead in that campaign made you a target, but you refused to go negative. “My gut told me not to,” you said. And then, even though you lost by just 31 votes, you opted not to request a recount. Your friends say those decisions capture the essence of who you are. An opponent’s political consultant in that race called you “terminally nice.”

You broke through with a victory in 1992 when you served as Bill Clinton’s campaign chair in California and were rewarded with a White House appointment. During your time in Washington, you worked on personnel issues, advised on trade matters, acted as a liaison to the state governors and served as the president’s emissary to California after the 1994 Northridge earthquake. Following your White House tenure, you joined Capitol Group, one of the world’s largest investment management firms.

You were leading the company’s Private Client Services Group when Barack Obama picked you to become U.S. ambassador to Germany, an opportunity you called “the honor of my life,” and for which you received the 2015 Sue M. Cobb Award for Exemplary Diplomatic Service, given annually to one noncareer ambassador.

For exemplary service to your country and proving that nice guys still have a place in politics, we honor you today.