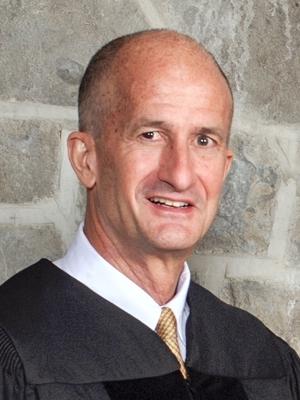 Two months after graduating from Hamilton in 1978 with a degree in economics, you joined General Electric Company’s financial trainee program. Thirty-nine years later, in December 2017, you retired from the company as vice chairman leading GE’s Global Growth Organization, a division that during your tenure doubled the company’s global presence to 180 countries and accounted for approximately 60 percent of GE’s total revenues.

“People who want to be CEO or fill another big leadership role should be prepared to take some personal risk and get out of their comfort zone,” you said a year before retiring. Your risk came in a 1984 discussion about cross-functional moves within the company when you told legendary GE chairman Jack Welch “it isn’t happening the way you think it’s happening.” That gutsy encounter led to a new job in the company and launched a brilliant career that has taken you to dozens of countries, contacts with world leaders, and the respect and admiration of peers.

Associates call you “a sincere, humble man,” “a global thinker and an inspiring leader,” “a role model and a friend.” We call you an example of a Hamilton graduate who represents the highest ideals of our College, and a man richly deserving of the honor we bestow on you today.