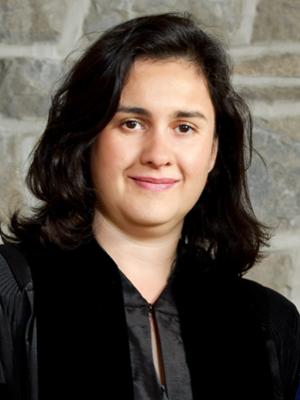 It was fate, you once said, that brought you to this hilltop 24 years ago — an aspiring writer “all instinct and dreams.” Here you found your mentor, the late Kashmiri poet Agha Shahid Ali.

After receiving your bachelor’s degree in creative writing, you followed Shahid to the University of Massachusetts at Amherst, where you earned an MFA and wrote In the City by the Sea. One reviewer called that first novel “a debut of spirit and imagination, loaded with intelligent charm.” It was shortlisted for the John Llewellyn Rhys Prize for writers under 35, as was your third novel Kartography. Your second book, Salt and Saffron, earned you a place on the Orange Prize Futures list of “21 writers for the 21st century.”

Broken Verses, Burnt Shadows and A God in Every Stone followed, and so would the acclaim. Author Joyce Carol Oates described Burnt Shadows, which was shortlisted for the Orange Prize, as “a tour de force of vision, sympathy, language,” and Salman Rushdie called you “a writer of immense ambition and strength.” You showed Shahid’s continued influence by excerpting in Burnt Shadows one of his poems:

Indeed, you see “the novel as a place for politics” a place where you explore “how to reconcile the awfulness of the world with the joy of it; how to love, how to be loyal.”

It may have been fate that brought you to College Hill in 1991, but it is with an alma mater’s pride in you as an author of extraordinary sensibility and powerful intelligence that we welcome you back this morning.