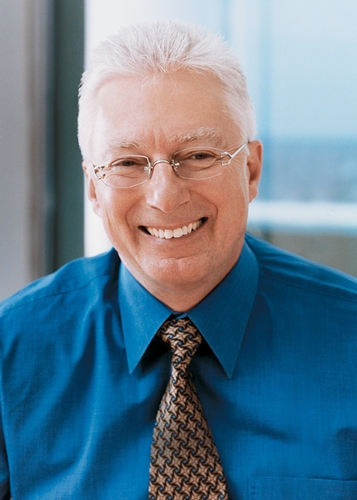 Your decision to attend Hamilton College in the 1960s surprised your parents, teachers and friends; your decision to major in French and history ­surprised you; and your career path has been anything but? expected for someone who enrolled in a postgraduate program at the University of Virginia planning to become a?history professor.

There would be other twists and turns as you came to realize that change is the only constant. And when change wasn’t happening to you, you were bringing it to others in?the form of new products and new ways to conduct ­business – in other words, by innovating. Your 2008 book, The ?Game-Changer, is the playbook for innovation in business.

In the decade you served as president, CEO and then chairman of the world’s largest consumer packaged goods company, Fortune said you “transformed” Procter & Gamble “from an?unfocused collection of famous brands into an innovation machine,” making P&G one of the?world’s most admired companies and you one of the world’s most admired CEOs. You have served on the boards of Legendary Entertainment and some of America’s most iconic companies, including General Motors, Dell and General Electric, and you currently chair the Board of Trustees at one of this country’s most iconic colleges, which happens to be your alma mater. Your?portfolio expanded in 2011 when President Obama called on you to join the President’s Council on Jobs and Competitiveness.

In a 2008 interview you said your role as CEO was similar to that of teacher and coach. Looking back more than four decades to your original career interest in academia, perhaps it is?fair to say that things did not change that much after all.

A.G. Lafley, acting upon the authority of the Board of Trustees, I am pleased to confer on you the degree of Doctor of Laws of Hamilton College, admitting you to all of its rights and privileges. In token whereof, we present you with this diploma and invest you with this hood.