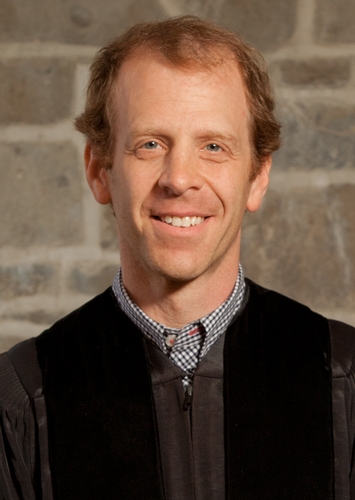 Economics degree in hand, you set out from College Hill in 1989 to pursue a career in business. Now, indeed, you are employed at one of the most familiar offices in the nation. But your path to the fictional Dunder Mifflin Paper Company — better known simply as The Office — was hardly direct.

You worked briefly as an auditor at Peat Marwick and part-time in your father’s law firm before your true passion — writing — took you to Los Angeles. You wrote for television series such as Clarissa Explains it All, Weird Science, The Naked Truth and King of the Hill and worked as a writer and co-executive producer for The Drew Carey Show and The Bernie Mac Show.

But it is for writing, producing and directing The Office that you are best known and best loved. Millions of Americans resonate to the hilarious and oddly moving experiences of the vexed denizens of the Scranton branch of Dunder Mifflin, and in particular to your soulful portrayal of human resources representative Toby Flenderson, cheerless, well-intentioned and long-suffering.

Your work on The Office has won numerous accolades, including two Screen Actors Guild Awards for Outstanding Performance by an Ensemble in a Comedy Series, an Emmy for Outstanding Comedy Series and honors from the Writers Guild of America. Despite these brilliant successes, you remain much like the character you portray on television, thoughtful, unassuming and understated. If the fictional Michael Scott regards the fictional Toby as foreign to the Dunder Mifflin “family,” we at Hamilton College are proud to have the real Paul Lieberstein as part of ours.

Paul Lieberstein, acting upon the authority of the Board of Trustees, I am pleased to confer on you the degree of Doctor of Fine Arts of Hamilton College, admitting you to all of its rights and privileges. In token whereof, we present you with this diploma and invest you with this hood.?