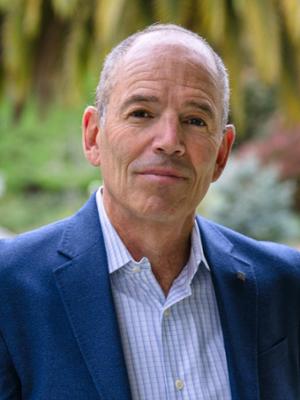 Several years ago, in a return visit to College Hill, you said a liberal arts education prepares people to live in a world where they don’t know what is going to happen.

Your career is evidence of that claim.

Since receiving your degree from Hamilton in 1981, you revolutionized the way people around the world watch television by co-creating Netflix, the mail-order DVD business turned streaming service and production company that topped 200 million global subscribers in 2020 — what Wired magazine called a “cultural behemoth.”

Netflix has proven to be a brilliant idea, but people doubted the original plan to sell DVDs by mail. “That’s the stupidest thing I’ve ever heard,” you recall one of your co-workers saying. “That will never work” opined your wife over dinner. Always one to recognize a good idea, you used your wife’s aphorism as the title for your 2019 memoir That Will Never Work: The Birth of Netflix and the Amazing Life of an Idea.

Despite others’ skepticism, you embraced the three principles you currently teach new entrepreneurs:
•    First – relax, you don’t have to have it all figured out right away
•    Second – think less, do more, and just get started
•    Third – have confidence in yourself

You told Forbes that you left Netflix in 2003 after realizing what you’re good at and recognizing that you enjoy early-stage companies. “I like the chaos,” you said. “I like the fact that you’re working on hundreds of things at once.”

Today, you are a so-called serial entrepreneur, advisor, investor, and frequent public speaker. You’ve founded numerous successful start-ups, mentored hundreds of early-stage entrepreneurs, and invested in a number of cutting-edge tech ventures, including data analytics company Looker, which Google bought in 2019 for $2.6 billion.

This morning, as your alma mater focuses on preparing students to be digitally fluent in a world transformed by data, analytics, computer modeling, and digital media, we honor you for pioneering fields that did not exist when you left College Hill more than 40 years ago.