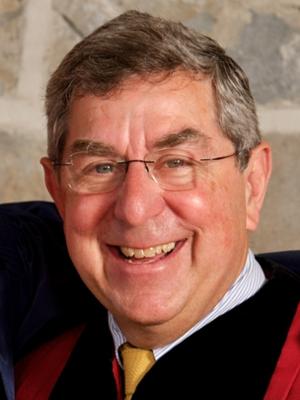 You grew up in a family that appreciated art. Your uncle, a perceptive collector and, as it turned out, an astute judge of talent, recognized your aptitude for art and encouraged you to pursue that interest. You enrolled at Hamilton, where your research about a painting that your grandfather had acquired during the Depression led to the work being reattributed to Hendrick ter Brugghen, an early 17th-century Dutch painter.

An internship at the Guggenheim led to an assistantship at the Hirshhorn. You returned to school to receive your master’s degree at the Clark Art Institute in Williamstown and your Ph.D. from Harvard, then taught art history at Duke University and held curatorial and director’s positions at the Saint Louis Art Museum and the Los Angeles County Museum of Art. In 1994, you jumped at the opportunity to work with J. Carter Brown on an exhibition at the High Museum of Art celebrating Atlanta’s hosting of the 1996 Olympics. In 2000, the High named you its director.

During the subsequent 15 years, you developed numerous partnerships with national and international museums, including the Museum of Modern Art and the Louvre. You raised the museum’s profile, nearly doubled the collection, increased the endowment by nearly 30 percent and spearheaded an expansion that created a “village for the arts” in midtown Atlanta. The High is widely regarded as the leading museum in the Southeast, and you are credited with “recognizing the value and need for the arts as part of a vibrant, aspirational city.”

A proud alma mater honors you today as a leader and collaborator in championing the arts in Atlanta and beyond.