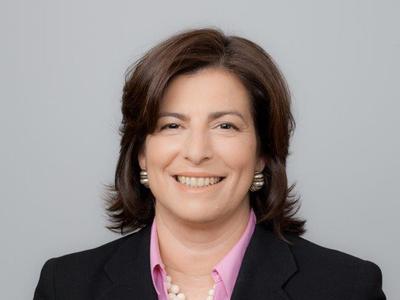 Your life’s work has focused on helping people in poverty, especially the young and most vulnerable. That dedication is evident in your latest bold effort to dramatically increase funding for high-performing nonprofits serving America’s most economically disadvantaged youth; if successful, the country will benefit greatly, even though the foundation you lead will go out of existence.

Since becoming head of the Edna McConnell Clark Foundation in 2005, you have pioneered a concept that combines the resources of like-minded philanthropists to make large, long-term investments in nonprofits that help poor children. The increase in funding is substantial, but it comes with a catch: The organizations must demonstrate their success and be able to increase their capacity to change the lives of even more children in America.

“At a time when the urgent needs of children and youth are on the rise,” you wrote in 2016, “it is deeply frustrating to me how hard it is for even the most successful nonprofit leaders to grow their organizations to meet these needs. We are woefully underinvesting in what works.”

What began as an experiment has become the foundation’s core investment strategy. Since 2007, your organization and its partners have deployed nearly a half billion dollars to support what you and your board chair called “exceptional nonprofit leaders, their organizations and most importantly, the young people they serve.”

Today, that funding collaborative is called Blue Meridian Partners, and it will provide the largest-ever infusion of private capital to high-performing nonprofits serving children and youth. A significant portion of that money will come from the Edna McConnell Clark Foundation, which plans to spend down all of its nearly one billion dollars in assets during the next decade.

“Together,” you said, “we will fully capitalize great nonprofits to get the job done for children whose lives depend on it.”

On behalf of all the young people whose lives will be transformed by the idea you initiated, we honor you today.