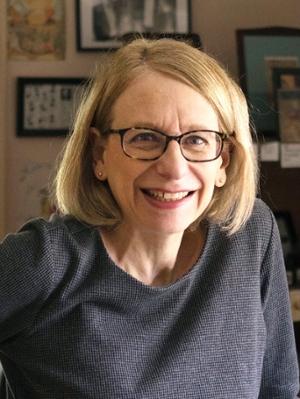 You grew up in the Flatbush section of Brooklyn, the only child of two educators. Each summer, while your parents attended seminars in Ithaca, you spent time in the library where you came across numerous cartoon collections, including the work of Charles Addams, who influenced your later work. After attending Kirkland College on this hilltop, you earned your degree in painting from the Rhode Island School of Design and then returned home to New York where, at age 23, you sold your first cartoon to The New Yorker.

Cartoons in The New Yorker are every bit as iconic and sophisticated as the text, and your contributions have been especially inventive and avant-garde. Fellow cartoonist Liza Donnelly said your work has “widened our understanding of what humor can be,” and The New York Times called you an “idiosyncratic genius” and the “the poet laureate of urban neurosis.”

You have written and illustrated a range of books, including your first memoir, Can't We Talk About Something More Pleasant?, which was described as a “grimly funny and deeply poignant” account of your relationship with your elderly parents in their final years. That book became a best-seller and won a National Book Critics Circle Award and the Kirkus Prize for Non-Fiction. You were also recognized with one of the 2015 Heinz Awards, which are presented to “exceptional Americans, for their creativity and determination in finding solutions to critical issues.” In making the award, the Heinz jury cited your “uncompromising body of work,” which brings “wry humor and wit to some of our most profound everyday anxieties, brilliantly translating the mundane into rich, comical observations that reflect her acute observations of the human experience.”

For your humorous and often unconventional presentation of everyday life, we welcome you back to College Hill and honor you today.