Dean of Faculty Suzanne Keen read tributes to recipients of this year’s teaching awards at the May 19 faculty meeting. Winners were announced at Class and Charter Day on May 11. The teaching awards are based on student nominations, excerpts of which appear below.

Award descriptions and a list of previous recipients can be found on the Dean of Faculty website. 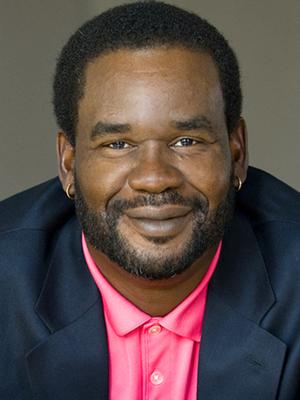 Having joined the Hamilton faculty in 1999, Mark Cryer, who holds a master of fine arts in acting from the Royal Scottish Academy of Music & Drama, Glasgow, Scotland, and studied at the Shakespeare at the Royal Academy of Art, London, directed this spring’s mainstage performance of The Last Days of Judas Iscariot.

One student wrote, “I was determined not to participate in theatre because I didn’t think I had the passion or skill to work on my craft on a more professional and scholarly level. After a friendly push from my parents to give [it] ... a shot, all it took was two class periods in Mark Cryer’s 100 course my sophomore year to completely re-shift my academic focus. [He] put a lot of time and effort into challenging me and helping me learn because he saw something in me that I didn’t.

“Mark Cryer single-handedly inspired me to major in theatre,” the student continued. “Never has a class with him gone by where I didn’t feel like I learned something and grew as both an actor and a person.”

Another student noted that Cryer “speaks candidly with his students, makes us laugh, makes us think critically and shows us a level of respect — as his peers — that I have not seen many other professors do or [even] attempt to do.

“He is a very gifted actor, sure, but he is first-and-foremost a very gifted professor. There are few professors or teachers that I’ve had the pleasure of working with that have changed my life for the better. Mark Cryer is one of those people,” the student said. 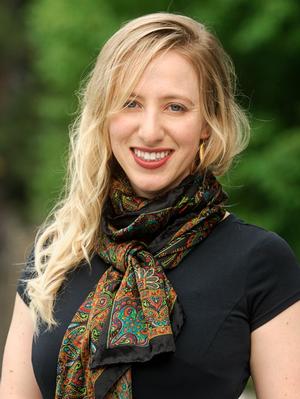 Cooley, who came to Hamilton in 2018, earned her doctorate and master’s degree from Stanford University, where she specialized in early modern history and history of science. She received one of the most prestigious fellowships in the field of Renaissance studies, a post-doctoral fellowship at Harvard University’s Center for Italian Renaissance Studies, I Tatti, for the 2021-22 academic year.

“I felt my cheeks burn from smiling so hard under my mask,” said one student. “Here was a class filled with intellectually curious students, in awe of a professor who was equipped and eager to take us each on a journey through different eras and regions, making historiography and primary sources our friends. … Cooley’s particular strength was the attention she paid to each individual student as we conducted three independent research projects.”

Another nominator described the unusual opportunity as a first-year student to work in Hamilton Special Collections and the John Carter Brown Library at Brown University. This student was gratified when Cooley proffered an invitation to join the research team she was putting together for the summer, confiding, “Although I was nervous about my own capabilities, [Cooley] encouraged me and supported me in developing a unique and personal approach and aim for the research I intend to do later this year.”

A third nominator wrote about Cooley’s mentoring. “I had the excellent opportunity to work with [her] on original research funded by the Levitt Winter Grant with a small team of Hamilton students. Though we were all working on different projects, she was able to ... make brilliant connections between varying focuses. ... I greatly appreciated her confidence in me during the times in which I felt more like an imposter than a scholar.” 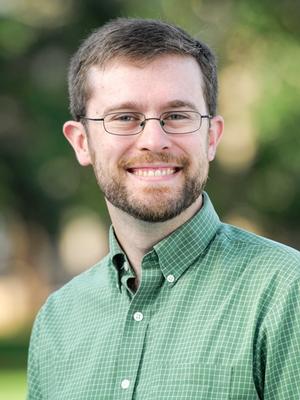 Helmuth majored in computer science and mathematics at Hamilton, and received his master’s degree and doctorate in computer science from the University of Massachusetts Amherst. He joined the faculty in 2017 and focuses his research on genetic programming.

A nominator wrote that Helmuth “always displays kindness” and made the student “feel included, accepted, and cared for in my gender, race, and family background.” Another student called Helmuth “one of the most extraordinary professors I have ever met. Being a first-generation student at a school like Hamilton can often present challenges, including self-doubt and a sense of exclusion, especially as a female computer science student, but these obstacles often fade away [in Helmuth’s classes].”

Helmuth’s passion for the subject is “contagious,” wrote another nominee. “In one class period, we scrapped our normal lesson plan and spent the hour coding and experimenting with an idea from a research paper that we had read. It was such a great learning experience for all of us and taught us to question and explore ideas around us, rather than merely memorize and take it in.”

Students remarked on how Helmuth reaches them outside the classroom as well. One wrote, “I still remember his survey from my sophomore year when he asked ‘Any events you would like me to be aware of and attend?’ – the first question I received from a professor that actually took an interest in me as a person. And indeed, keeping his word, he took the time to go to athletic games, concerts, and presentations of students, and cheered me on whenever he saw my name [had] popped up in emails and news.”