Five Hamilton faculty members were recognized for their research and creative successes with the Dean’s Scholarly Achievement Awards, presented by Dean of Faculty Patrick Reynolds on Class & Charter Day on May 11. The awards recognize individual accomplishment but reflect a richness and depth of scholarship and creative activity across the entire faculty. 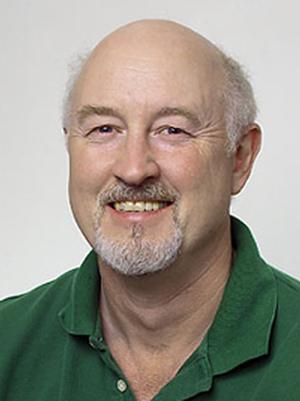 Jones began teaching at Hamilton in 1985 after receiving his Ph.D. at the University of Washington.

His research interests concern hunter-gatherer adaptation to desert environments, and since 1978 he has conducted archaeological studies in the intermountain region of the western United States.  Between 1986 and 2007, he co-directed the archaeological field school with his wife, Professor of Anthropology Emerita Charlotte Beck, focusing on the Paleo-Indian occupation of central and eastern Nevada. With Beck he published the monograph, The Archaeology of the Eastern Nevada Paleoarchaic: The Sunshine Locality, which has been hailed by National Academy of Science member Donald K. Grayson as the best piece of work ever written on the Paleoindian record  in the Great Basin. Part II is in the works.

Jones has co-authored numerous book chapters, and more than 80 articles in such journals as American Antiquity, Journal of Archaeological Science, and Journal of Anthropological Archaeology. Jones’ and Beck’s work has been widely cited both nationally and internationally. 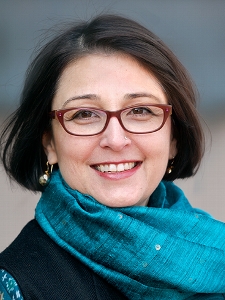 Lisa Trivedi, a cultural and social historian of modern South Asia, received her Ph.D. from the University of California at Davis in 1999.

In the past year Trivedi curated a significant faculty exhibition for the Wellin Museum of Art, “Refocusing the Lens: Pranlal K. Patel’s photographs of Women at Work in Ahmedabad.”  The Jyoti Sangh Series is an extraordinary collection of photographs of ordinary women at work on the streets and in the neighborhoods of Ahmedabad, India.  Patel took the photos in 1937 and Trivedi published these photographs for the first time with three critical essays.

Her first monograph, Clothing Gandhi’s Nation: Homespun and Modern India (Indiana, 2007) was supported by a Fulbright Scholarship to India in 1996. In 2004 Trivedi was a visiting fellow at Oxford University’s Pembroke College, where she began research on her second monograph project, Bound By Cloth: Women Textile Workers in Bombay and Lancashire, 1890-1940. Research for this project has been supported by the American Institute of Indian Studies and the Fulbright Scholars Program.

Also in the past year Trivedi published “Making Women (In)visible?: homespun in the nationalist politics of dress and identity in modern India” in Woman’s Eye, Woman’s Hand. 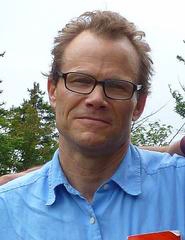 Since November of 2006, Larson has taught a creative writing course inside a maximum-security state prison. His essays on prison writing and prison issues have been published ins  College Literature, Radical Teacher, English Language Notes and The Chronicle of Higher Education.

In the past year Doran Larson edited a new book, Fourth City: Essays from the Prison in America that contains 71 essays written by prisoners from across the U.S.
This work is the largest book-length collection of essays by currently incarcerated men and women ever published; it presents the American prison population as our fourth-largest civic community.

Larson’s “The Beautiful Prison” was published as a special May-June issue of Studies in Law, Politics, and Society; this edited volume includes an introduction by Larson and six essays by incarcerated people and scholars imagining the prison as a socially constructive institution.

In April Larson discussed the importance and value of prisoner education on To the Point, a Public Radio International-hosted and KCRW-produced program.
He presented a  paper  about prison writing at American Society of Criminology (ASC) in Nov. in San Francisco and  was a respondent on a panel about prison writing at the Midwest Modern Language Association Conference in November. 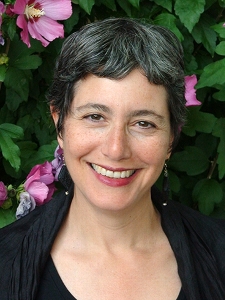 Guttman’s latest book of poetry, The Banquet of Donny & Ari: Scenes from the Opera, was published in March by Brick Books.  Five poems from the book were published this year in two highly regarded journals, The Malahat Review and The Literary Review of Canada.

The Banquet of Donny & Ari has garnered attention from literary blogs; the cover was featured on the site of the League of Canadian Poets in celebration of food-themed books for this year’s National Poetry Month.

A member of the Hamilton faculty since 1996, Guttman holds a MFA degree from the Program for Writers at Warren Wilson College and a Ph.D. in English and American literature from the University of Southern California. 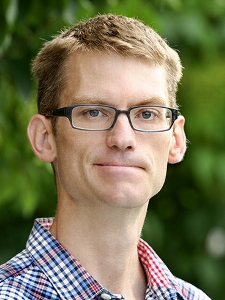 Last fall Knight's project “In God’s House” was  a solo exhibition at the University of Wisconsin-Madison and this spring it will be exhibited at the Munson Williams Proctor Art Institute in Utica.  In June, Knight’s project “Class of 2015” will be the subject of a solo exhibition in the Wellin Museum.  In addition, he completed a 50-minute documentary film as part of the In God’s House project (in collaboration with Visiting Associate Professor Brent Plate).

Knight’s work was included in seven group shows in Boston, Syracuse, Rochester and New Jersey and he presented lectures about his work at ArtRage Gallery, Syracuse, N.Y.; the University of Wisconsin-Madison; in Albany, N.Y., as a presenter at the Society for Photographic Education regional conference; and at Temple University-Rome, Italy.

Knight received an M.F.A. in photography from the Massachusetts College of Art & Design and a bachelor’s degree in architecture and economics from Yale University.

His work has been exhibited in the Boston area at Gallery Kayafas, Alpha Gallery, The Bernard Toale Gallery, the Danforth Museum of Art, the Photographic Resource Center and MPG Contemporary, as well as nationally at Jen Bekman Gallery in New York, and the Houston Center for Photography.