Hamilton received special funding for the event, which the College has called Common Ground. The program is free, but tickets will be required. Ticket for alumni and the general public will be available online beginning September 25.

President David Wippman said the program responds to the sharp and escalating political polarization in the United States and abroad.

“The goal for Common Ground is for the speakers, one a Democrat, the other a Republican, to model the kind of respectful dialogue across political boundaries that should occur not just on college campuses, but in the broader society as well,” Wippman said. “With capable speakers on both sides of a given issue, each willing to acknowledge strengths in the position of the other, we aim to encourage students and other audience members to question their own assumptions and consider carefully the evidence and arguments supporting other viewpoints.

“We are delighted two of America’s leading political strategists will visit Hamilton, and are grateful to Susan Page for agreeing to moderate what we expect will be an informative and thought-provoking program.” 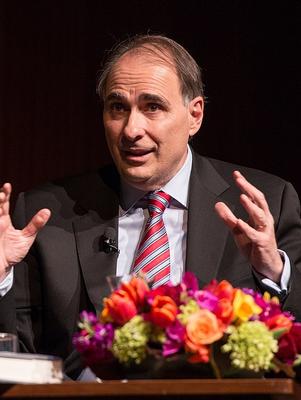 David Axelrod began his career in politics in 1984 and is best known for his work as senior advisor to President Barack Obama and senior strategist for Obama’s historic campaign for the presidency in 2008 and his re-election in 2012. He is currently director of the Institute of Politics at the University of Chicago and a senior political commentator for CNN.

As founder and senior partner of AKPD Message and Media from 1985 to 2008, Axelrod managed media strategy and communications for more than 150 campaigns, including Deval Patrick’s successful 2006 election as Massachusetts’ first Democratic governor in 16 years and the state’s first African-American governor. He was the chief strategist for Barack Obama’s U.S. Senate campaign in 2004.

Prior to entering politics, Axelrod was a reporter for the Chicago Tribune, where he covered national, state and local politics. He is the author of The New York Times best-selling memoir Believer: My Forty Years in Politics, which offers a candid, behind-the-scenes look at American politics. 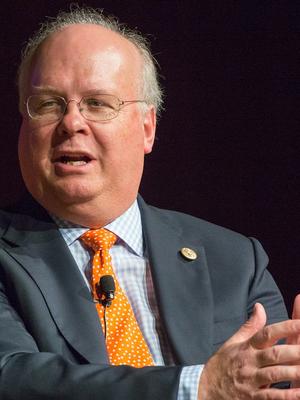 Karl Rove has more than four decades of political experience, including service as senior advisor to President George W. Bush from 2000 to 2007 and deputy chief of staff from 2004 to 2007. At the White House, he coordinated the Bush Administration’s policy-making process and oversaw the Offices of Strategic Initiatives, Political Affairs, Public Liaison and Intergovernmental Affairs.

From 1981 to 1999, Rove was president of Rove and Company, a public affairs firm that worked for candidates, nonpartisan causes and nonprofit groups. He helped George W. Bush win the 1994 Texas gubernatorial election and then served as chief strategist for Bush’s successful presidential campaigns in 2000 and 2004.

A contributor to Fox News and The Wall Street Journal, Rove is the author of The New York Times best-selling memoir Courage and Consequence and the critically acclaimed history The Triumph of William McKinley: Why the Election of 1896 Still Matters. He attended George Mason University, the University of Utah and the University of Texas at Austin.

Fred Barnes, executive editor of the Weekly Standard, called Rove, “the greatest political mind of his generation and probably of any generation. … He knows history, understands the moods of the public, and is a visionary on matters of public policy.” 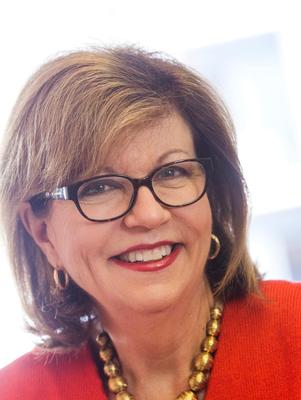 Susan Page is the Washington Bureau chief for USA Today where she writes about politics and the White House. Page has covered six White House administrations and 10 presidential elections. She has interviewed the past nine presidents — from Richard Nixon through Donald Trump — and reported from six continents and dozens of countries. She regularly appears as an analyst on PBS, CBS, CNN, Fox News, MSNBC, NPR and elsewhere.

Page has won every journalism prize given specifically for coverage of the White House, including the Gerald R. Ford Prize for Distinguished Reporting on the Presidency, the Merriman Smith Memorial Award for Deadline Reporting on the Presidency and the Aldo Beckman Memorial Award. Among other national awards, she was a member of a team that won the Sigma Delta Chi Award for Washington Correspondence.

The recipient of a bachelor’s degree from Northwestern University, where she was editor-in-chief of the student newspaper, Page earned a master’s degree from the Columbia School of Journalism where she was a Pulitzer Fellow. She has served as president of the White House Correspondents Association, chairman of the Robert F. Kennedy Journalism Awards and president of the Gridiron Club, the oldest association of journalists in Washington. She twice has served as a juror for the Pulitzer Prizes.

“We are grateful to Karl Rove, David Axelrod and Susan Page for their participation in the first event of what we hope will become a regular series at Hamilton,” Wippman said.