At the invitation of Cary O’Dell, boards assistant to the National Recording Preservation Board, she wrote the entry for “Coat of Many Colors” (1971) by Dolly Parton. Hamessley said “he just asked if I’d be interested in writing up the one on ‘Coat of Many Colors.’ I said yes, of course.”

The essay describes Parton’s background and the motivation for the song that Hamessley says is Parton’s favorite. Hamessley says that “‘Coat of Many Colors’ is an example of Dolly at her best as a creative storyteller. In it she weaves a painful, true story from her childhood.”

Established in 2002 as part of the National Recording Preservation Act of 2000, the registry is now approaching 600 titles, with selected entries chosen for expanded descriptions. 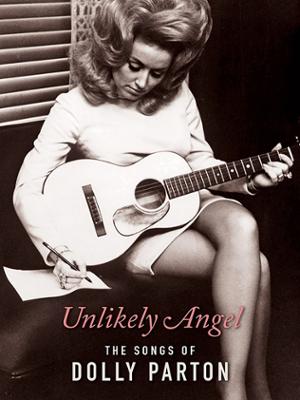 According to the Library of Congress website, anyone can nominate a recording, and “25 recordings showcasing the range and diversity of American recorded sound heritage in order to increase preservation awareness” are chosen each year for inclusion in the registry.

In addition to its many classical and popular music recordings, the collection includes a wide range of historically significant recordings. Included are Thomas Edison’s 1878 “St. Louis tinfoil” recording, cylinder recordings of African-American music from the 1920s, and the 1958 message from President Dwight D. Eisenhower relayed to listeners via the first communications satellite.

Hamessley’s Unlikely Angel: The Songs of Dolly Parton was published in 2020 by the University Illinois Press.