Out of This World: Scher '14 Speaks at Space Conference 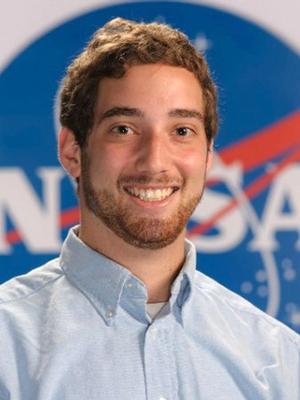 Mitchell Scher ’14 was a keynote speaker and a moderator at the first H100 commercial space conference that took place Oct. 21 in Dalian, China.

This past summer, Scher attended the International Space University’s Space Studies Program (SSP) in Haifa, Israel, where he studied Space Business and Management. He added, “As a Chinese speaker, I was able to work very closely with students and lecturers in the program. I realized that there was extremely little cooperation between the U.S. and China in space.” This was due to two reasons: import/export regulations and the Wolf Amendment of the 2011 congressional budget which prohibited NASA’s direct cooperation with China. “I’ve made this my niche,” he said.

During his time at SSP, he co-wrote a paper on “space big data’s current state, evolution, and future applications, and was selected to present the paper at the International Astronautical Congress in Guadalajara, Mexico last month.” There, he was invited to speak at the H100 space conference.

This is the first time this conference has been held, which “reflects China’s brand new (in the past year) commercial space industry,” according to Scher. The goal of the conference is to encourage more international cooperation in space and motivate future generations to take a more global approach to space, among other aims.

At Hamilton, Scher double majored in Chinese and mathematics and was a member of the Asian Cultural Society, SAVES, the curling team, men’s rugby and Slow Food. He spent the summer after his junior year at NASA Ames Research Center, where he first became interested in the space sector. He moved to Beijing to work at Google after graduation before returning to the U.S. to work at Epic Systems for two years, where he realized that he wanted to continue work in the space sector.