Emily Conover joined Hamilton as an assistant professor of economics. She grew up in Colombia and came to the United States for her undergraduate studies at Wellesley College. She then studied economics at the University of Paris I Pantheon-Sorbonne. Conover earned her Ph.D. in economics from UC Berkeley.

Her fields of specialization are development and labor economics. Conover’s current research interests include health policy, political economy, and formal and informal labor markets, among other topics in applied microeconomics. Conover has published papers in Economic Development and Cultural Change, Journal of Health Economics and World Bank Economic Review. 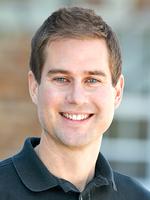 Andrew Dykstra earned his Ph.D. from the University of Maryland and a bachelor’s degree from Carleton College.

Before joining the Hamilton faculty, he spent two years as the Yates Postdoctoral Fellow at Colorado State University.

Dykstra’s research is in dynamical systems. He is especially interested in symbolic dynamics and ergodic theory. In the past year Dykstra co-authored papers with Associate Professor of Mathematics Michelle LeMasurier in Indagationes Mathematicae and Rocky Mountain Journal of Mathematics. He also has coached Hamilton’s Mathletics club.

John Eldevik received his Ph.D. from UCLA and taught at UCLA and Pomona College before coming to Hamilton in 2010.

Eldevik also holds the Licence in Mediaeval Studies (2004) from the Pontifical Institute of Mediaeval Studies in Toronto. His primary research and teaching interests are in medieval social and religious history, particularly the role of the bishop in the early Middle Ages, as well as the Crusades and the history of political and religious dissent.

Eldevik’s first book, Episcopal Lordship and Ecclesiastical Reform in the German Empire, 950-1150, was recently published by Cambridge University Press and examines how medieval bishops used the collection of ecclesiastical tithes (taxes) to foster important social and political relationships in their dioceses.

He is currently working on a study of the manuscript transmission of texts on the Crusades and Islam in medieval Bavaria.

In the past year Eldevik published reviews in The German Studies Review and was invited to join the board of review editors at The Medieval Review, a leading online journal published by the Medieval Studies Institute at Indiana University. 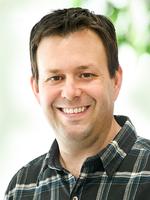 His current research is focused on evolutionary approaches to understanding lithic technological organization, the transition to agriculture/resource intensification, and the Neolithic Demographic Transition.

Goodale conducts research in the interior Northwest of North America, western coastal Ireland, and the Near East. Research emphases include modeling human behavior with quantitative methods, lithic technological organization, and evolutionary approaches to understanding variation in material culture as a byproduct of human behavior and knowledge transmission. 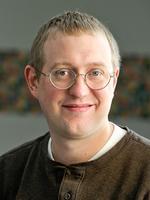 Adam W. Van Wynsberghe joined Hamilton in 2009 after two years at the University of California-San Diego where he was a NIH NRSA postdoctoral fellow.

He received a bachelor’s degree in biochemistry from Ohio Wesleyan University in 2001 and was a NSF pre-doctoral fellow at the University of Wisconsin-Madison where he completed his Ph.D. in biophysics in 2007.

Van Wynsberghe’s research interests center around the use of theoretical and computational techniques to study biophysical problems from both basic and applied perspectives. Currently, he is investigating the nature of protein-protein and protein-ligand interactions, the origins and roles of conformational changes and dynamics in biomolecular systems, and the dynamical aspects of enzyme catalysis. 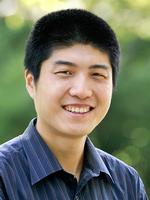 Zhuoyi Wang received his Ph.D. in comparative literature from the University of Washington at Seattle. His research interest is in Chinese film history. He has been featured in ChinaFile, the Asia Society’s online multimedia magazine, and Viewfinder, the journal of British Universities Film & Video Council.