Admission: Free, but tickets will be required

The program combines the longtime Sacerdote Great Names Series with the new Common Ground program for a moderated discussion open to the public. The program is free, but tickets will be required.

Hamilton President David Wippman said the program responds to the sharp and escalating political polarization in the United States and abroad.

“The goal for Common Ground is for the speakers, one a Democrat, the other a Republican, to model the kind of respectful dialogue across political boundaries that should occur not just on college campuses, but in the broader society as well,” Wippman said. “With capable speakers on both sides of a given issue, each willing to acknowledge strengths in the position of the other, we aim to encourage students and other audience members to question their own assumptions and consider carefully the evidence and arguments supporting other viewpoints.

“We are delighted two of America’s leading foreign policy experts will visit Hamilton for what we expect will be an informative and thought-provoking discussion.”

Members of the Hamilton community can view the event online, but they must login using their My Hamilton username and password.

Condoleezza Rice is currently the Denning Professor in Global Business and the Economy at the Stanford Graduate School of Business, the Thomas and Barbara Stephenson Senior Fellow on Public Policy at the Hoover Institution, and a professor of political science at Stanford University. She is also a founding partner of RiceHadleyGates, LLC.

From 2005 to 2009, Rice served as the 66th Secretary of State of the United States, the second woman and first African-American woman to hold the post. Rice also served as President George W. Bush’s National Security Advisor from January 2001 to 2005, the first woman to hold the position. From 1989 through March 1991, Rice served on President George H.W. Bush’s National Security Council staff.

Rice was Stanford University’s provost from 1993 to 1999, during which time she was the institution's chief budget and academic officer. As professor of political science, Rice has been on the Stanford faculty since 1981. She has authored and co-authored numerous books, including two bestsellers, No Higher Honor: A Memoir of My Years in Washington (2011) and Extraordinary, Ordinary People: A Memoir of Family (2010). Since 2009, Rice has served as a founding partner at RiceHadleyGates, LLC, an international strategic consulting firm based in Silicon Valley and Washington, D.C.

Rice currently serves on the board of Dropbox, an online-storage technology company; C3, an energy software company; and Makena Capital, a private endowment firm. In addition, she is a member of the boards of the George W. Bush Institute, the Commonwealth Club, the Aspen Institute, and the Boys and Girls Clubs of America.

Previously, she served President Barack Obama as U.S. Ambassador to the United Nations from 2009 to 2013. From 2013 to 2017, she led the National Security Council Staff of approximately 400 defense, diplomatic, intelligence, and development experts as national security advisor in the Obama administration.

From 2002 to 2008, Rice was a Senior Fellow at the Brookings Institution, where she conducted research and published widely on U.S. foreign policy, transnational security threats, weak states, global poverty, and development. .

As U.S. Assistant Secretary of State for African Affairs from 1997 to 2001, Rice formulated and implemented U.S. policy toward 48 countries in sub-Saharan Africa. She was responsible for the management of 43 U.S. embassies and more than 5,000 U.S. and foreign service national employees.

Rice has previously served on numerous boards, including as an outside director of the Bureau of National Affairs (now Bloomberg BNA), as well as Common Sense Media, the Beauvoir School in Washington, D.C., and the U.S. Fund for UNICEF. She is currently on the board of the Kennedy Center for the Performing Arts and a member of the Council on Foreign Relations.

Rice received her master’s degree and Ph.D. in international relations from New College, Oxford University, England, where she was a Rhodes Scholar and her B.A. in history, with honors, from Stanford University, where she was a Phi Beta Kappa and a Truman Scholar.  A native of Washington, D.C., Rice is married to Ian Cameron, and they have two children. 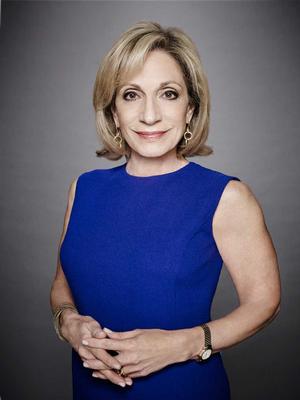