Because Hamiltonians Give Voice to Ideas: Jeff McMahon ’97

For more than 20 years, Jeff McMahon ’97 has been part of an entrepreneurial trio that successfully launches start-ups, swapping an occasional Hamilton story en route. His classmates Nick Laidlaw and Robert Naughton round out the partnership.

Their latest venture is Voicify, a platform that enables businesses and other organizations to offer sophisticated nonhuman conversations via voice assistants. Voicify works with diverse clients, among them Volkswagen, Audacy, Campari, and Johnson & Johnson. Voicify’s platform allows consumers to accomplish tasks such as locate a charging station while driving their electric vehicle, enjoy a virtual whiskey tasting with Matthew McConaughey, or receive a personalized recommendation for allergy medication.

“One interesting thing driving growth is that people often want to have human-like interaction, but they don’t necessarily want to talk directly to a human on the phone,” observed McMahon, Voicify chief executive officer. Laidlaw is chief technology officer and Naughton is chief revenue officer. Between them, the liberal arts are well represented.

At Hamilton, McMahon majored in neuroscience, later earning a master’s in business administration from Cornell. Laidlaw majored in computer science, and Naughton in literature. After college, they all settled in Boston, working in different sectors for a couple of years before coming together to launch their first company, PlanetLink.com, in 1999. After selling their first venture, they started their second company, Agency Oasis, in 2001. They sold that in 2019 and started Voicify.

People ask McMahon how a neuroscience major ended up as a serial entrepreneur. He sees a clear connection.

“Entrepreneurship, to me, is essentially practicing the scientific method. You make observations about a particular problem in the market, come up with a hypothesis for how a novel product or service could lead to an improvement, test that hypothesis, review the data, and then continuously reiterate that cycle,” he said. “Basically, what we’ve been doing for 20 years is analogous to running a version of the scientific method. Between my business and science background, Nick’s computer science training, and Bob’s sales and marketing expertise, we make a well-balanced team of serial entrepreneurs.”

Read about other alumni who are making an impact in their professions and communities throughout the world.

Their personal bond is strong, as are their Hamilton roots. All three of them married Hamilton graduates. “Our entire personal and professional lives really hinged on our Hamilton experience,” McMahon said.

To give back to their alma mater, the Voicify founders offered the college a free license for their platform. The College Communications and Marketing Office is creating scripts and assets that will allow Hamilton to use voice assistants for its admission marketing and alumni outreach. McMahon said he’s not aware of any other higher education institutions using voice apps in this way, and he’s excited to help the College become a leader in this area. 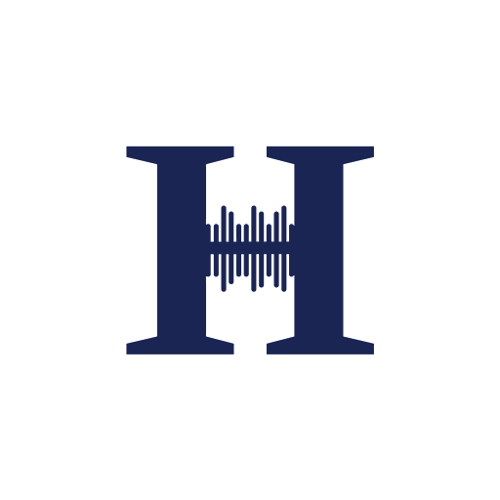