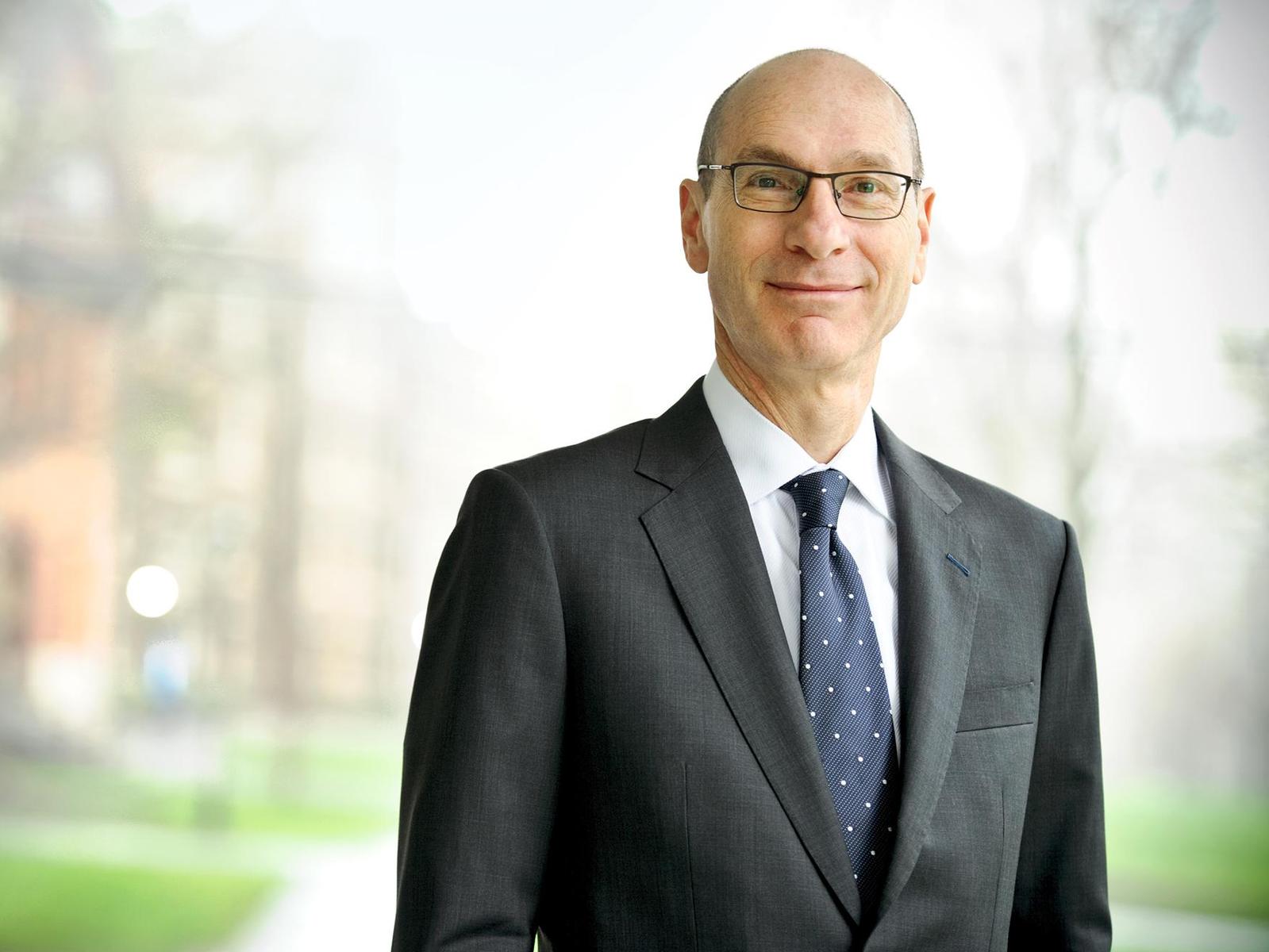 David Wippman began his tenure as Hamilton’s 20th president on July 1, 2016. A recognized authority in international law, he has taught public international law, international criminal law, international human rights, and ethnic conflict. He received his bachelor’s degree, summa cum laude, from Princeton University in 1976, his master’s degree through a fellowship in the Graduate Program in English Literature at Yale University in 1978 and his law degree from Yale Law School in 1982. While at Yale, Wippman was the editor-in-chief of the Yale Law Journal. He clerked for The Honorable Wilfred Feinberg, chief judge of the U.S. Court of Appeals for the Second Circuit.

Wippman became dean of the University of Minnesota Law School on July 1, 2008. Previously, he was a professor and associate dean at Cornell Law School and served as vice provost for international relations at Cornell University. He took a year away from Cornell to serve as a director in the National Security Council’s Office of Multilateral and Humanitarian Affairs, where he worked on war crimes issues, the International Criminal Court, economic sanctions, and U.N. political issues.

Before joining Cornell, Wippman practiced law for nine years in Washington, D.C., with a focus on international arbitration, political consulting on public and private international law issues, and representation of developing countries in litigation. He has been a visiting scholar at the University of Ulster, Northern Ireland. Wippman has co-authored several books on international law, including International Law: Norms, Actors, Process: A Problem-Oriented Approach and Can Might Make Rights?: Building the Rule of Law After Military Interventions. In 2019, he was named to the Advisory Council of Refugees International, and in 2021 the Commission on Independent Colleges and Universities elected him to a three-year term to represent the interests of New York’s independent colleges and universities.

Since coming to Hamilton, Wippman has led the development of a strategic plan; launched a $400 million capital campaign with a focus on increasing need-based student financial aid; prioritized diversity, equity, and inclusion; and written extensively, often with a co-author, on issues affecting higher education.

Office of the President