Is there life on other planets? What does the term ‘Viking’ really mean? Is Earth due for another reversal of the magnetic field? Expert faculty members from several departments, including history, east Asian languages, art history, geosciences, government, and physics, share a little-known fact about their discipline.

Virtually no one in the ancient or medieval world believed the Earth was flat.

The myth that Columbus was some kind of cartographical rebel seeking to prove the Earth was round to a bunch of benighted Spanish courtiers has been debunked for a long time now, but many people still labor under the impression that medieval Europeans believed the Earth was flat, much like they insisted that the Earth was the center of the universe.

Every reasonably learned person, and even your average sailor, understood that the Earth, sun, moon, and other celestial objects had to be spheres. What Columbus and his contemporaries disagreed over was the size of the Earth.

The remarkably accurate result of the Earth’s circumference attained by the Greek mathematician Eratosthenes in the third century B.C. was known in the Middle Ages, but scholars had difficulty accurately translating the units of length he and other ancient scientists has used. Columbus insisted on relying on authorities that tended to lowball Eratosthenes’s figures, while the scientists advising Ferdinand and Isabella recognized that Columbus badly underestimated the circumference of the world and, hence, the distance to Asia, and advised against supporting such a foolhardy mission.

They were right. Had Columbus not accidentally run into an intervening continent, he and his crew surely would have met their demise somewhere in the ocean less than a third of the way to Asia. The high level of scientific learning in the Middle Ages, much of it gained via translations of Arabic treatises and commentaries that drew on Greek knowledge, remains one of the most underappreciated aspects of this period. 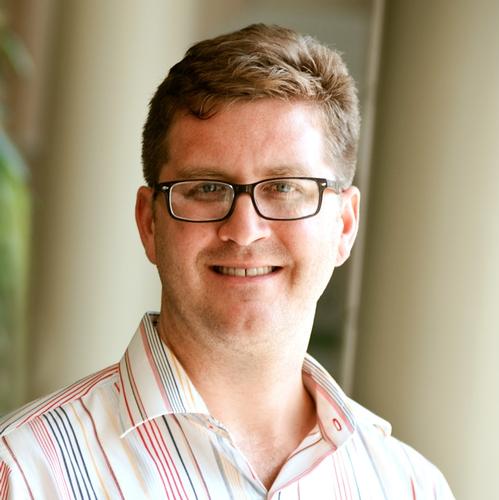 How did European classical music migrate to China?

There is a Jewish Refugees Museum in Shanghai, China. With documents, photographs, films, and personal items, the museum reflects a lesser-known history of World War II: over 20,000 Jews escaped Nazi Germany and found refuge in Shanghai.

At the end of the 1930s, many countries refused to accept Jewish immigrants. Shanghai became one of the only possible options for them because its International Settlement, a foreign concession within China, did not require a visa or passport to enter. China was also one of the few countries that was still issuing visas to Jewish refugees, thanks to the insistence of Ho Feng-Shan, the Chinese Consul-General in Vienna. Before going anywhere, many refugees would not have been allowed to leave their European countries without such a foreign visa at hand.

Among the Jewish refugees in Shanghai, about 450 were musicians. As a means of survival, they taught classical music to the local Chinese. Today, countless classical musicians of Chinese descent have become the driving force of the field worldwide. China has millions of music students who are directly or indirectly related to this part of history. The Juilliard School opened its only overseas campus in China in 2019 while the Philadelphia Orchestra now tours China almost annually and was the first western orchestra to visit China in 1973. 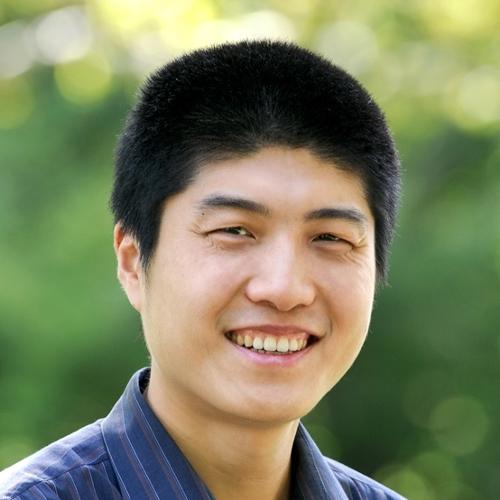 From Ghana to New Zealand, famed philosophers have not all been European.

Philosophy, asking fundamental questions about the nature of the world and our place in it, is a natural human activity, occurring everywhere. In the United States, philosophers have tended to focus on what we call Western Philosophy, and, since the Renaissance, Western Philosophy has largely been seen as a product of France, Germany, England, and this country. But many prominent philosophers come from elsewhere. Here are ten esteemed philosophers from none of those four countries. See if you can guess where they are from!

Solutions are at the bottom 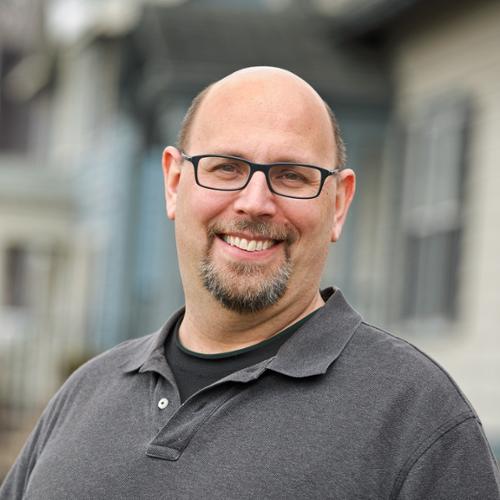 The term ‘Viking’ does not actually indicate an ethnicity or race. In fact, ‘Viking’ most clearly denotes a ‘job description’ in modern parlance—akin to someone saying they are an electrician.

The misappropriation of the Vikings, frequently weaponized by white supremacists, more closely aligns to the 19th-century invented image of the Vikings rather than the actual material culture of Scandinavia before the year 1000. Premodern Scandinavia was inherently multicultural and mobility was multidirectional. We can find evidence of the Viking diaspora through surviving art and artifacts in countries today known as England, Ireland, Canada, Russia, Spain, and Turkey, among others. 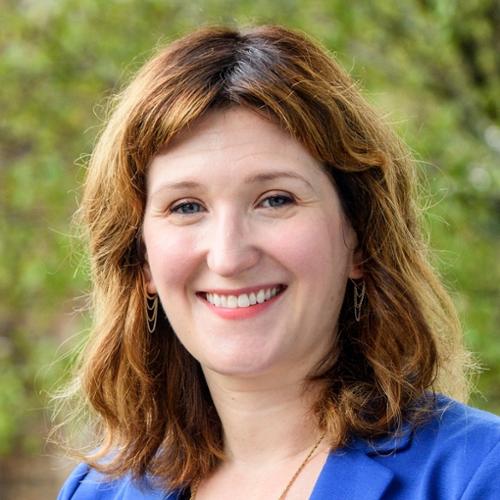 Could the magnetic field flip?

The Earth is surrounded by a magnetic field which is generated by movement of hot, molten materials deep within our planet in the liquid outer core. We see evidence of this magnetic field when we observe the Northern Lights which are produced by electrons colliding with nitrogen and oxygen molecules as geomagnetic storms from the sun deform the Earth’s magnetic field. You can think of the magnetic field much like a bar magnet that you might have on your refrigerator: one end is the North Pole and one end is the South Pole, which is why a compass always points to magnetic north.

When we use the geological record to look back through time, however, we see that throughout the history of Earth there have been thousands of “magnetic reversals” or times when the polarity of the magnetic field was reversed from what we observe today. On average, there have been four to five magnetic field reversals every one million years. There have been many intervals of time with much less frequent reversals too. The reversals create “stripes” of alternating magnetic fields which look much like a barcode. Geoscientists can use these patterns of magnetic reversals to date things such as hominin fossils and archaeological sites or the age of the ocean floor.

The last reversal took place 800,000 years ago, which raises the question, are we due for another reversal? The answer is unclear! While the magnetic field has been gradually weakening since measurements of its strength were first taken in the 1800s, the field is still relatively strong. But the magnetic north pole has been drifting rapidly which might suggest instability.

What are the complications of a flip in the magnetic field? We are not exactly sure but judging from the geological and paleontological record, it does not appear that there have been significant extinctions during past reversals! 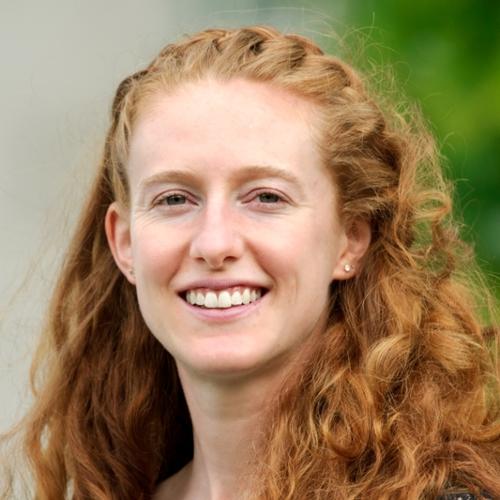 How did North Africa end up with “Judaized Berbers”?

While explanations vary, one dominant account is that Jews, either individually or in small groups, migrated to the area and converted some Berber (Amazigh; pl. Imazighen) tribes. A modern-day narrative within the Moroccan Amazigh Cultural Movement is that some Imazighen were Jewish and Christian before Arabs brought Islam to the region and that it was Dihya (aka. Kahina), a supposedly Jewish-Amazigh queen, who initially resisted the Arab conquerors.

While explanations vary, one dominant account is that Jews, either individually or in small groups, migrated to the area and converted some Berber (Amazigh; pl. Imazighen) tribes. A modern-day narrative within the Moroccan Amazigh Cultural Movement is that some Imazighen were Jewish and Christian before Arabs brought Islam to the region and that it was Dihya (aka. Kahina), a supposedly Jewish-Amazigh queen, who initially resisted the Arab conquerors.

The significant Jewish-Amazigh connection was documented in Morocco’s 1936 census which, according to an Israeli expert on Moroccan Imazighen, found that three-quarters of the country’s 161,000 Jews were bilingual in Tamazight (the Berber Amazigh language) and Arabic. This statistic speaks to both the history of Jewish Amazigh tribes and the co-existence of Muslims and Jews in Amazigh areas of Morocco, particularly in the southern Souss region.

There are few Jews remaining in Morocco today, due to emigration following the 1948 Arab-Israeli War. However, in 2017, plans were announced to establish two Amazigh-Jewish friendship association in the Souss, home to the largest population of Imazighen in the country. In the northern Amazigh-majority city of al-Hoceima, another Amazigh-Jewish friendship association, “Memoire Collective,” was created to combat anti-Semitism and promote tolerance. The Times of Israel reported in 2014 that Amazigh rights activist Omar Louzi had launched The Moroccan Observatory for the Fight against Anti-Semitism to not only fight anti-Semitism but also strengthen ties with Israel. 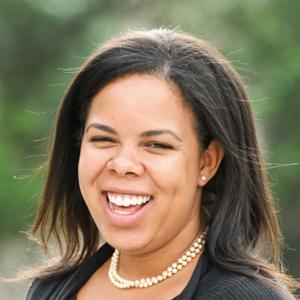 How high is the likelihood of life on other planets?

Every star in the sky is the sun of a different solar system. These distant suns commonly have a multitude of planets in orbit around them. Astronomers have discovered thousands of these planets (called exoplanets) using a variety of techniques, but there are billions more yet to be discovered. In fact, we expect there to be more planets in our galaxy than there are stars in our galaxy. With that many planets to go around, there is a high likelihood of life on other planets! 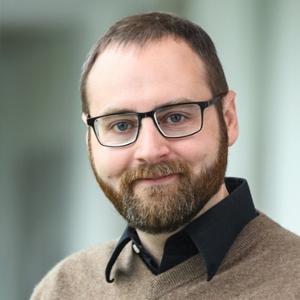 Who’s buried in Kant’s tomb? There's no such thing as a “chemical-free” product? Peter the Great was a dentist? We asked a handful of faculty to share a little-known fact about their discipline. See how many surprise you!

And you can touch it! As a true example of “hands-on learning,” professors across disciplines are using resources from Hamilton’s Special Collections to supplement their coursework.