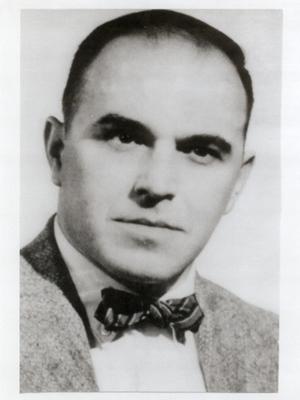 The College community has suffered a grievous loss in the sudden death on August 24 of Charles Calvin Adler, professor of history. His death in Moscow shocked his colleagues and his many friends in the locality and in the teaching profession.

A professional scholar, Charlie, as he was known to many of us, had recently completed two substantial projects. A book, The End of Peasant Bondage in Russia, 1856-1861, is now in the publisher’s hands. His essay “Tolstoy and the Alternate Consciousness” will appear as the introduction to the reissue of Alexandra Tolstoy’s biography of her father. This summer he visited London, Helsinki and Moscow and collected materials for a source reader on politics and opinion in the reign of Alexander II. A translation of P.A. Zaionchkovsky’s major work, The Crisis of Autocracy at the Turn of the 1870s and 1880s, was almost finished. As president of the New York State Association of European Historians, he planned the program for the conference to be held here on October 16-17.

His colleagues will remember his skillful direction of the Committee on Academic Policy, which brought about fundamental changes in our educational requirements. Charlie’s leadership allayed fears that academic standards would be lowered. No doubt his major contribution was chairing the faculty committee that worked with the trustees in selecting John Chandler as president of Hamilton College.

He served on many other committees during the past decade. He had a significant role in planning the new library. He took a keen interest in upgrading student life. In all these activities his central concern was the improvement of the cultural and social environment of the campus so that the intellectual development of the students would flourish.

His students will also remember him as a polished and sophisticated lecturer and incisive observer. In seminars he cut through the heart of any problem and refused to tolerate shoddy performance.

Perhaps his colleagues, students and friends will remember Charlie best as a witty and engaging conversationalist who punctured pretensions, relished the absurdities of mankind, especially politicians, and loved to turn a phrase. A man of strong, indeed passionate, opinions, he was withal understanding and forgiving. He and his wife Rosemarie were gracious hosts to many students and faculty. Evenings in their home will be remembered with pleasure by their many friends.