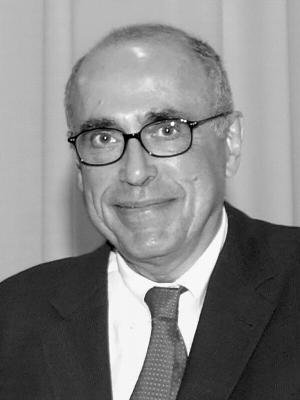 George Wilbon Bahlke was born June 20, 1934 in Chicago. Following primary and secondary school, he received an A.B. degree from the University of Chicago in 1953. He then attended Swarthmore College, from which he received a second A.B. degree in 1955. George completed a master’s degree at the University of Chicago in 1956 and a Ph.D. in English at Yale University in 1960. At Yale he studied with Cleanth Brooks, one of the most prominent of the New Critics. George’s specialty was 20th-century British literature, particularly the work of W.H. Auden, Virginia Woolf and E. M. Forster.

Before coming to Clinton, George taught at Mary Washington College in Virginia, at Rutgers University and at Middlebury College. He became a charter member of the faculty of Kirkland College in 1969; after the merger of Hamilton and Kirkland he served in the English Department at Hamilton until his retirement in 2002.

He is the author of the book The Later Auden: From “New Year Letter” to “About the House,” published in 1970 by Rutgers University Press. One reviewer wrote of it, “It is so clear and so direct and so economical in its treatment of a complex subject; it shows so much patient mastery of background materials and presents them without flourish, that it shows us what original scholarship ought to be.” This book was chosen by the Modern Language Association for inclusion in its Scholar’s Library. George was the editor of Critical Essays on W.H. Auden (G. K. Hall, 1991). In addition, he published a number of articles and reviews on the work of Lawrence, Forster and Auden. He had recently completed a book on Forster and Lawrence, which was under consideration for publication by the University of Delaware Press at the time of his death.

George was a highly regarded teacher. A colleague who observed his teaching commented, “His manner is of an almost ambassadorial courtesy, kindliness and patience. He has his standards, and they are met.” Another colleague remarked, “He conducted his seminars in such a way that students came to see the study of literature as also the art of gentlemanly and gentlewomanly behavior, a way of being in the world.” A former student wrote, “He was responsible for introducing me to Gerard Manley Hopkins, John Donne, Virginia Woolf and my first martini (he insisted it be gin, as that was ‘the only way’ to make a real martini)! I loved attending his seminar classes in his office, where he’d offer us tea and cookies and we'd listen to old recordings of TS Eliot reading The Wasteland and The Four Quartets.”

In 1992, George was named the first recipient of Hamilton’s Class of 1962 Teaching award. One student who nominated him for this award wrote, “He respects his students – all of them, regardless of their abilities. He never makes anyone feel inadequate because of their weaknesses; rather, he seeks to make them feel better about themselves by offering his help.” Acknowledging the award in a letter to President Tobin, George wrote, “I know I am also accepting it on behalf of the alumnae and alumni of Kirkland and Hamilton colleges, the administrators, the staff and faculty, and the students. We are all involved in a common effort to seek what truths can be rationally known as a part of helping others and ourselves to a more profound awareness of our common humanity.”

George was married first to Valerie Worth, an award-winning author of literature for children, who died in 1994; and second to Felicity Colby, who survives him. With Valerie, George had a son, Conrad, and two daughters, Catherine and Margaret. In addition to Felicity, he is survived by his three children and their spouses; and by six grandchildren.

After his retirement, George and Felicity lived part-time in New York City, where they took great pleasure in cultural events, particularly the opera and symphony concerts. Even so, George remained wholeheartedly engaged in the Hamilton community. For several years he taught in the English Department as a lecturer; he also took courses throughout the College. At the time of his death, he was enrolled in Carl Rubino’s Latin poetry course, where the students remember his generosity and openness. “He insisted on the first day of Latin class that we call him George instead of Professor,” one of them wrote. He also enjoyed teaching a course in Virginia Woolf in the Mohawk Valley Independent Learning in Retirement Program.

George had many close friends with whom he shared his interests and his love of intellectual exchange. One of these, John C. O’Neal of the French Department, has written of him, “George represented the consummate intellectual who felicitously combined great scholarly and enormously human qualities. Above all, he sought to share his knowledge and his kindness with others: his students, his colleagues, his friends and family.”