Presented on Oct. 7, 2014, by Douglas A. Weldon, the Stone Professor of Psychology 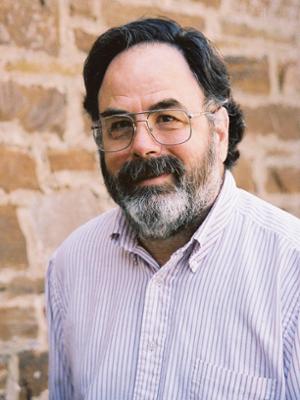 Jonathan Vaughan passed away on September 14, 2014. He is survived by his wife, Virginia, his sons, Joseph and Alexander, daughters-in-law, Aisling Dugan and Kristina Keating, and grandchildren, Oliver and Vivian.

Jon was born in New Haven, Conn., on June 10, 1944. He earned his bachelor’s degree from Swarthmore College, where he completed a major in psychology, and then he pursued his doctorate at Brown University with a specialty in animal learning. He began teaching at Hamilton in 1971.

As the field of psychology evolved, Jon retrained himself as a cognitive psychologist and cognitive neuroscientist. He viewed teaching as an opportunity to have students learn epistemology, and in his courses they came to understand empirical approaches and critical thinking about behavioral science. He had a profound impact on the students who worked with him on collaborative research projects, during which they admired his intelligence and patience in introducing them to sophisticated ideas and instrumentation. Thirty-four of his conference presentations and 11 of his publications include students as co-authors. Our alumni remember Jon’s brilliance, kindness and dedication to teaching them how to orchestrate meaningful experiments in psychology. Some state that he changed their lives and inspired them to pursue their careers in psychology and cognitive neuroscience. His mentorship of students was effective and long lasting, in many cases continuing years after they graduated.

In the Psychology Department, Jon served as chair for a total of 13 years spanning across four different terms. He was the administrator of Hamilton’s cooperative program with the New England Center for Children, a school for children diagnosed with autism spectrum disorder. At this time, there have been over 80 Hamilton participants. He also coordinated student internships at a similar local program at the Kelberman Center. Jon’s course in Learning and Cognition taught students the basic principles in applied behavior analysis that made them well prepared for their practicum work in those settings.

Jon loved computer programming and instrumentation, and he was gifted in his ability to think through problems and set up complicated experiments. In fact, in the 1970s he was a pioneer of computer use at Hamilton, having the first stand-alone minicomputer system at the College. His PDP-8 computer operated with assembly language code that was loaded via a punch tape system. He interfaced this computer with equipment, enabling him to measure precise eye movements as well as evoked potentials from the brain. Over the last several years, Jon was generous in teaching students and faculty members how to use MatLab programs to analyze data or to control equipment. As the editor of the journal Behavior Research Methods, Instruments and Computers for five years and co-author of the recently published book MatLab for Behavioral Scientists, Jon brought his expertise to the national level as well.

With his scholarship contributing to several topics in cognition, Jon’s publications reported findings on visual search in human and nonhuman primates, the psycholinguistic correlates of brain evoked potentials, spatial attention and motor control. He also published several papers related to the use of computers and instrumentation for data collection, analysis and teaching. During a sabbatical at the University of Oregon, he worked on a project showing that patients with progressive supranuclear palsy exhibited deficits in a specific component of spatial attention, and that paper has been cited over 600 times in the neuropsychological literature. For many years, in collaboration with his friend and colleague David Rosenbaum from The Pennsylvania State University, Jon worked on studies that helped elucidate the rules of human movement. Through a combination of experiments and mathematical modeling, this work described the ways in which the nervous system allows us to make efficient movements in the face of an impressive number of degrees of freedom, considering the many joints and muscles that are involved. In Jon’s words, his research attempted to explain “how to pass the salt without spilling the milk.” Jon’s 60 publications appeared in prestigious journals, including Psychological Review, Journal of Experimental Psychology, Psychological Science and Experimental Brain Research. He was also the founding archivist for the Psychonomic Society’s Archive of Norms, Stimuli, and Data. Jon’s research was often supported by federal grants from the National Science Foundation and the National Institutes of Health.

The research interest that Jon had in understanding repetitive movements was particularly appropriate because of his love of music. Jon played cello in the Hamilton College orchestra and looked forward to attending a cello camp in New Hampshire during the summers. He also played the harmonica, and while in college Jon participated in a jam session with John Sebastian, the singer-songwriter who founded the band The Lovin’ Spoonful. Twenty years later Jonathan was the harmonica player for the faculty rock group called the Academia Nuts, which played at Hamilton Psychology Department functions for several years. Those of us in the department will miss the sound of his whistling in the hallways; he always seemed to have a song in his head.

In all of the ways that we knew Jon, he was the ultimate friend and colleague. He was a great listener, but he had a quiet wit that would punctuate a conversation with a beautifully expressed humorous statement. His generosity of spirit was unparalleled, and his colleagues benefited from his receptive ear, sincere concern, and dependability. Jon was the gracious collaborator who did more than his share of the work, guided us to produce better results and then often stepped into the background to let us take most of the credit. His intelligence, honesty and kindness brought out the best in those he worked with, whether in teaching, scholarship, or faculty committees.

Jonathan Vaughan was awarded fellow status in both the American Psychological Association and the American Psychological Society. At Hamilton he was named the James L. Ferguson Professor of Psychology and received the Dean’s Career Achievement Award in 2013. Jon was devoted to his family, friends, students, colleagues and an academic profession that he loved. Hamilton College benefitted greatly from his good nature, hard work and integrity. He will be deeply missed.