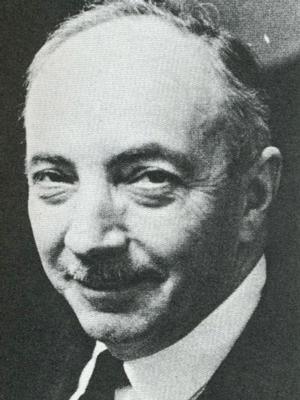 few words about our recently deceased colleague Otto Karl Liedke, for many years Munson Professor of German at this venerable institution. Otto came to Hamilton as a fresh Cornell Ph.D. in 1934, retiring in 1977 after a tenure of 43 years. I myself came here in 1949 and was carried on the rolls as an active faculty member until 1979. Thus I came to know Otto well as a colleague, teacher, friend and above all as a personality. During most of this period he was my immediate boss, and you could not ask for a better one: supportive, always interested in one’s work, whether teaching or research, always there if needed. He was a keen and helpful critic, though so far as I know he had published only one article and a couple of reviews himself. He had the instincts of a good editor.

Having known Otto so intimately makes it more difficult to talk about him — I am too aware of the nuances a few brief remarks must omit. I hope that what I say will recall Otto to some of you and give others a brief glimpse of our departed colleague.

Otto was probably one of the best-known persons on campus and that was probably because he was interested in knowing everyone. He was sociable to a degree. Except for the students, who called him Herr (or) Professor Liedke, he was known simply as “Otto” by everyone on the Hill, including many of the staff and many of the villagers. All greeted him with “Hi Otto!” and he would recognize them with a conspiratory twinkle as though there was some special secret between them, and in some instances there may have been, for Otto seemed to know everything about everyone. He was a hard man to keep a secret from.

In the heyday of Otto’s activity, Hamilton was a small men’s college, fairly hidebound and traditional, a quite intimate institution where almost everyone knew at least by sight almost everyone else. Into these surroundings Otto Karl Liedke, with his intense interest in people, fitted perfectly and made a particular niche for himself. Otto was from Oranienburg near Berlin — as one soon learned — and he had the Berlin humor. He never sought to belie his Germanness. He was as German as Herr Schmidt, the corner grocer, though he didn’t drink beer and eschewed sauerkraut. He was rather short of stature and tended to rotundity.

Otto was undoubtedly one of our best teachers — strict rather than lenient but no martinet. All the students agreed that Otto’s classes were fun, even if you couldn’t get away with anything in them. If you thought you had one up, you soon discovered that Otto had one upper. For some years he taught a course in Conversation and Composition in which the basic text was Thomas Mann’s Buddenbrooks, divided into manageable parts and probably not pursued to he end. The students loved it and always referred to the course as Buddenbrooks. What an intelligent, humane way to teach Conversation and Composition!

To conclude these sketchy remarks, I can only say that those of you who did not know Otto missed a Hamilton experience. The first question that old Hamiltonians always asked me when I met them off the Hill was “How’s Otto?” If they were to ask me now, I would have to say that as far as one mortal may judge and presuming that you subscribe to the Christian myth, I think he must be OK, just like his initials.