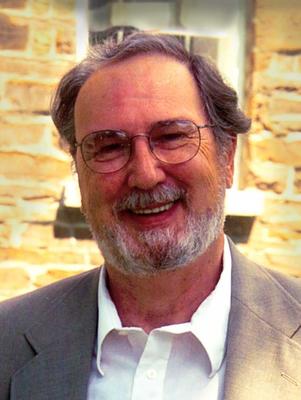 I first met Dick Somer at a reception for new faculty members in the fall of 1977. When I asked him what subject he was going to teach, he replied, “I am a rhetor.”

I had just met him, and already he had taught me a new word! Dick had an ironic sense of humor, and it was sometimes possible to mistake his mock solemnity for pomposity.

Richard Somer was born on Dec. 7, 1934, in Centralia, Ill. He received an A.B. degree from the University of Illinois at Champaign-Urbana in 1955; a master’s degree from Southern Illinois University at Carbondale in 1960, and a Ph.D. from the University of Illinois in 1967. In Urbana he met Arlene Kullen; they were married in August of 1959. He is survived by Arlene; their son, Shubert; their daughter, Nora; a son-in-law, Kevin Bogdanow; and a grandson, Augustus Bogdanow.

Before coming to Hamilton, Dick served on the faculties of Hobart Col­lege, Geneva, N.Y.; of the State University of New York at Geneseo; and of the University of Denver. He joined the Hamilton faculty in July 1977 and was appointed to the Upson Chair of Rhetoric and Oratory in 1994. He retired in 2000.

As a teacher, Dick was an authoritative, if sometimes intimidating, presence in the classroom. John Christopher ’83 wrote of him as follows:

In class, there wasn’t a person who was unaware of Dick’s presence. He often reminded us of this during our oral presentations, when his voice would rise up from the back of the class: “I can’t hear you, John!” I have since had many opportunities for public speaking from the courtroom to the boardroom, and to this day, I still hear his voice in the back of my mind. Believe me, I no longer have any problems with projection.

The student course guide of 1978 says of his public speaking course, “Students have praised this course as one of their most valuable educational experiences at Hamilton. While some students found the instructor to be sternly critical, they all expressed great respect for his command of the ‘mother tongue.’”

For many years, Dick was one of a group of faculty members who had morning coffee together in the Backus House. Many colleagues’ memories of him mention that space.

Dan Chambliss wrote of him, “Dick Somer spotted me at a new faculty reception, gave me a hearty greeting, led me around the room making intro­ductions, and invited me to come to Azel Backus for morning faculty coffee, where I met other ‘old hands,’ and started to feel comfortable at the College. Later, he asked me to visit his classes, asked me what I thought, and took my comments seriously. He made me feel welcome and valuable.”

John O’Neal of the French department has written, “Dick and his wife, Arlene, were habitués of the monthly dinners that brought together young faculty like myself along with tenured faculty like Dick and a good number of retired faculty, whom we wouldn't have come to know otherwise. Dick shone in this setting: relaxed, smiling, and, of course, talk­ative.”

Ursula Beitter, who taught German at Hamilton from 1981 to 1985, wrote, “Richard was a remarkably consistent individual; he applied the principles of rhetorical analysis outside the classroom, with friends, with sales people, with anyone who felt they wanted to engage him in a conversation. If there was a point to be made, Richard would pull out all the stops and follow the argument to its logical conclusion.”

Much of Dick’s work focused on the principles of rhetoric, civic engagement, and the power of speech to shape public affairs. His article “The Public Man of Letters,” focusing on the poetry of Archibald MacLeish, was published in 1988. His primary scholarly interest was the life and works of Abraham Lincoln. He admired Lincoln’s speeches and studied the ways Lincoln used speech to mold and inspire the nation. He was an avid and regular participant in the annual Lincoln Symposium in Gettysburg, Pa. In the late 1990s, near the end of his career, he was planning a new advanced course to be called The American Orator, using Lincoln as its centerpiece. He might have found it fitting that the day of his death, Feb. 12, 2018, was Lincoln’s birthday.

Richard Somer understood, in a profound way, the value of public speech to move listeners, shape the political market­place, and gather a community. He believed steadfastly in the ability of speech to awaken the spirit of his students, to inform them, and to challenge them.

Ursula Beitter summed him up this way: “Looking back, I can say that there was nothing small about Richard: his ideas, passions, commitments to his students — all were on a large scale — the Richard Somer Scale.”