Walter Pilkington, librarian of the College from 1952 to 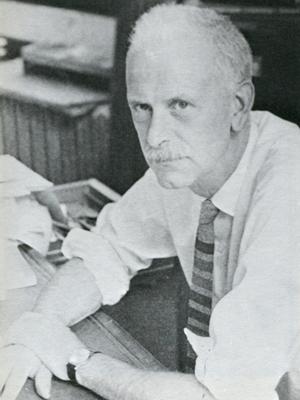 1976, died on January 2, 1983. He was not only an administrator but also a scholar. Deeply committed to the academic mission of the College and its faculty, he strove to make of the library a worthy handmaiden to a scholarly endeavor.

Soon after arriving on the Hill, he began to devote whatever time that could be spared from professional and administrative obligations to study and research in the history of Hamilton and the life of its founder. The result was his Hamilton College, 1812-1962, and the meticulously edited Journals of Samuel Kirkland, an important contribution to the early history of this state. He also played a key role in the planning and construction of the Burke Library. Characterized by a formality of manner and a wry sense of humor, he was the soul of courtesy and consideration. He will be remembered as always and truly a gentleman.