Nearly 3000 essays are now available in the APWA

December 2020
Over 40 of these most recent essays include essays describing the effect of Covid-19 on those incarcerated.

The Zo' as an animated series

October 2020
Patrick Doolittle’s essay, “‘The Zo’: Disorientation and Retaliatory Disorientation in American Prisons” based on the first person essays in the APWA, evolved into a graphic novel and now a series of animated shorts by The Marshall Project.

December 2017
Earlier this month, the Digital Humanities Initiative, better known as DHi, and Doran Larson, the Walcott-Bartlett Chair of Ethics and Christian Evidences, celebrated the entry of the 1,000th letter into the DHi’s American Prison Writing Archive (APWA). more...

National Endowment of the Humanities Grant

March 2017
Doran Larson is awarded $262,000 by the National Endowment of the Humanities for APWA

2015
The APWA currently holds 924 essays—enough to fill more than 13 volumes the size of Fourth City; 40-60 new essays or queries for information arrive in each month, or enough to fill at least three additional volumes each year

March-April 2015
Larson and Hamilton staff create a MOOC, “Incarceration’s Witnesses: American Prison Writing” (IWAPW) on the edX platform, enrolling over 2300 students in 103 countries; IWAPW acts, in effect, as an infomercial for the APWA, which is described in week five of the six-week course; APWA staff mount 70 essays available to explore by MOOC students 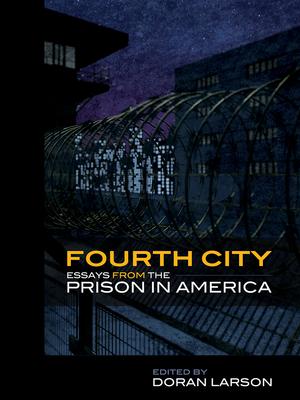 2011 to Present
Though the Fourth City deadline passes, essays by imprisoned people continue to arrive

Fall-Spring 2011
From among 154 essays, Larson selects 71 to be included in Fourth City; assisted by Olivia Wolfgang-Smith ’11, Nora Grenfel ’12, and Maeve Gately ’12, ordering and editing of essays begins

Fall 2009
With the assistance of Rory Pavach ’10, Larson begins a national solicitation of non-fiction essays by incarcerated Americans writing about their experience inside

Summer 2009
While attending a NEH Summer Institute on Law and the Liberal Arts, Larson recognizes the absence of discussion of the perspectives of incarcerated people on issues in American criminal justice, and legal order; realizes this is simply from lack of access to such voices

2007
Larson decides to develop a course on American prison writing but finds no in-print, broad sampling of non-fiction essays by currently incarcerated Americans